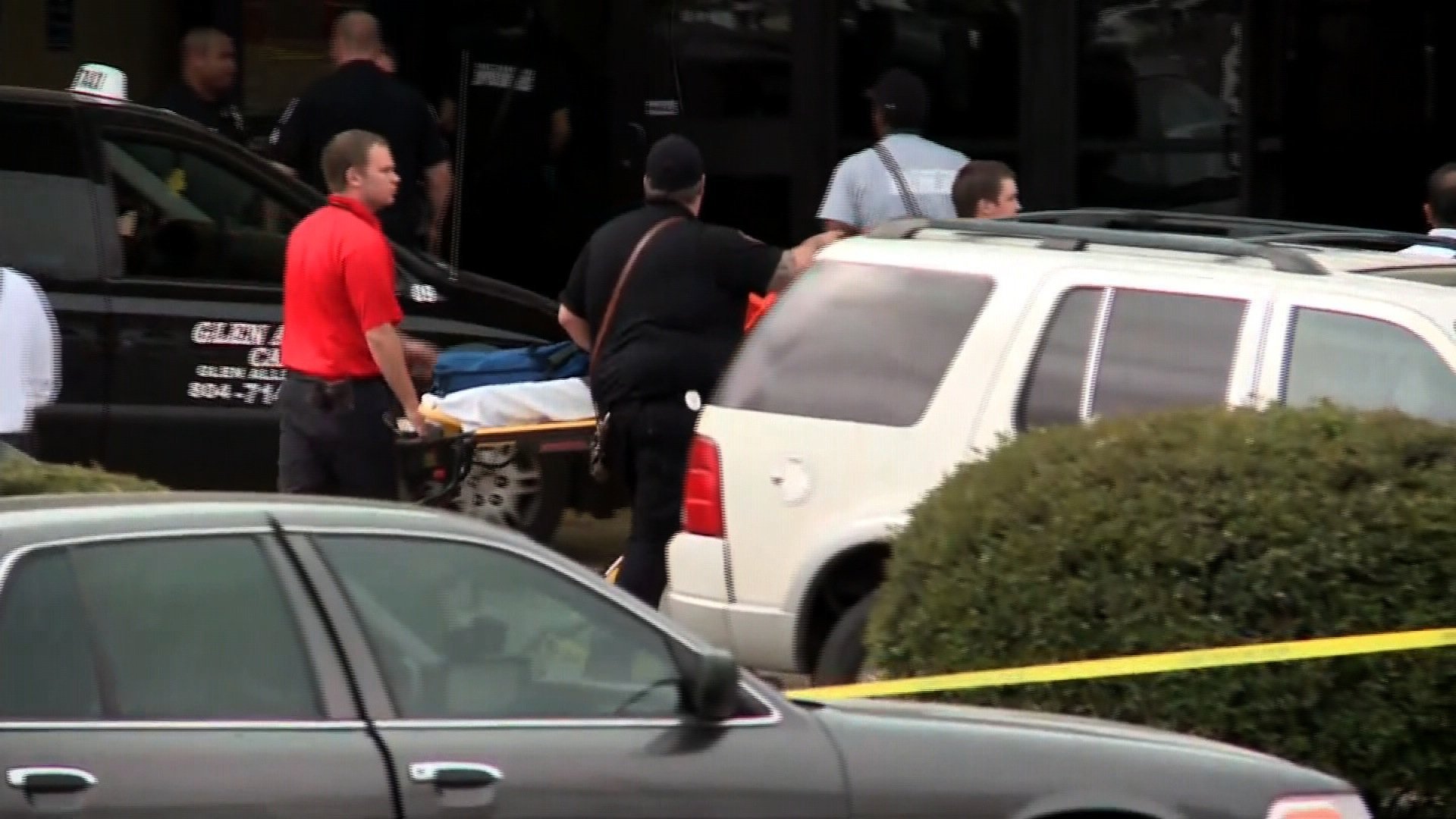 (CNN) — A man pulled a gun and shot a Virginia State Police trooper at a Greyhound bus station in Richmond, Virginia, on Thursday.

Both the trooper and the suspect are dead, according to Virginia State Police.

“We’re not going to get into any details at this point. As you can imagine, this still is in the early stages of the investigation,” said police spokeswoman Corinne Geller.

Here’s a look at what we know about the incident so far:

The trooper killed has been identified as Chad Dermyer, 37. Col. W. Steven Flaherty with the Virginia State Police told reporters that Dermyer is survived by his wife and two children.

Two other people, civilians, were transported to a hospital for treatment. Their injuries are not believed to be life-threatening.

The identity of the suspect has not been released.

The motive for the shooting is not yet known.

How the shooting unfolded

Around that time, Dermyer encountered the suspect, Flaherty said. Shortly after the two started talking, the man pulled a gun and shot the trooper.

“I had my hand on the door handle when I heard two gunshots go off. I didn’t think they were gunshots, but then there were like five, maybe 10 more after that,” witness Brendan Hamilton told CNN affiliate WWBT. “I ran out of there. I saw people coming out the front door, the side door, the door to the restaurant, and so I just bailed as fast as I could.”

The suspect was taken to a hospital, where he later died.

The Greyhound station was closed as it remained an active crime scene.

Greyhound said it was re-routing inbound schedules to its Richmond garage until further notice, and is offering counselors to its employees and customers.

Click here for local coverage of this developing story from WTVR.