1 dead, 5 injured after small airplane crashes into car on freeway near San Diego 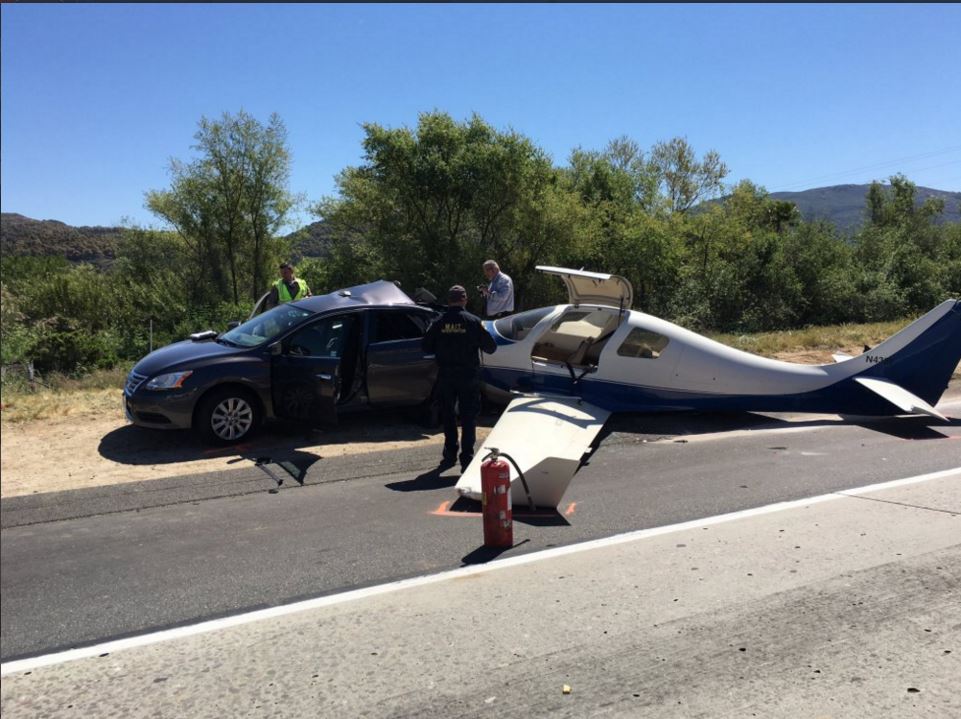 SAN DIEGO — A small airplane reportedly crashed into a car parked on the shoulder of a highway in California Saturday morning, leaving one person dead and injuring five others.

FOX 5 in San Diego reports the crash occurred in the Pala Mesa area of North County around 9:15 a.m. local time, and that a woman who was in the rear seat of the car was pronounced dead at the scene.

The aircraft reportedly landed alongside the slow lane of the freeway and skidded along for about 150 feet before crashing into a Nissan 4-door vehicle parked on the shoulder of the freeway. The motorist who called 911 reported seeing the plane landing on the northbound lanes of the freeway.

A total of five other people were taken to area hospitals. The pilot of the aircraft, a 60-year-old man, was taken to a hospital with life-threatening injuries that included severe head trauma.

A 50-year-old woman who was a passenger in the plane suffered injuries described as being not life-threatening.

The nature and severity of the injuries to the other three people who were inside the car were not immediately clear. FOX 5 reports firefighters spent 25 minutes extricating one woman who was in the front passenger seat of the car.

Firefighters were able to contain a fuel leak following the crash before a fire could break out. The crash is under investigation.

Visit FOX 5 for local coverage and updates on this story.