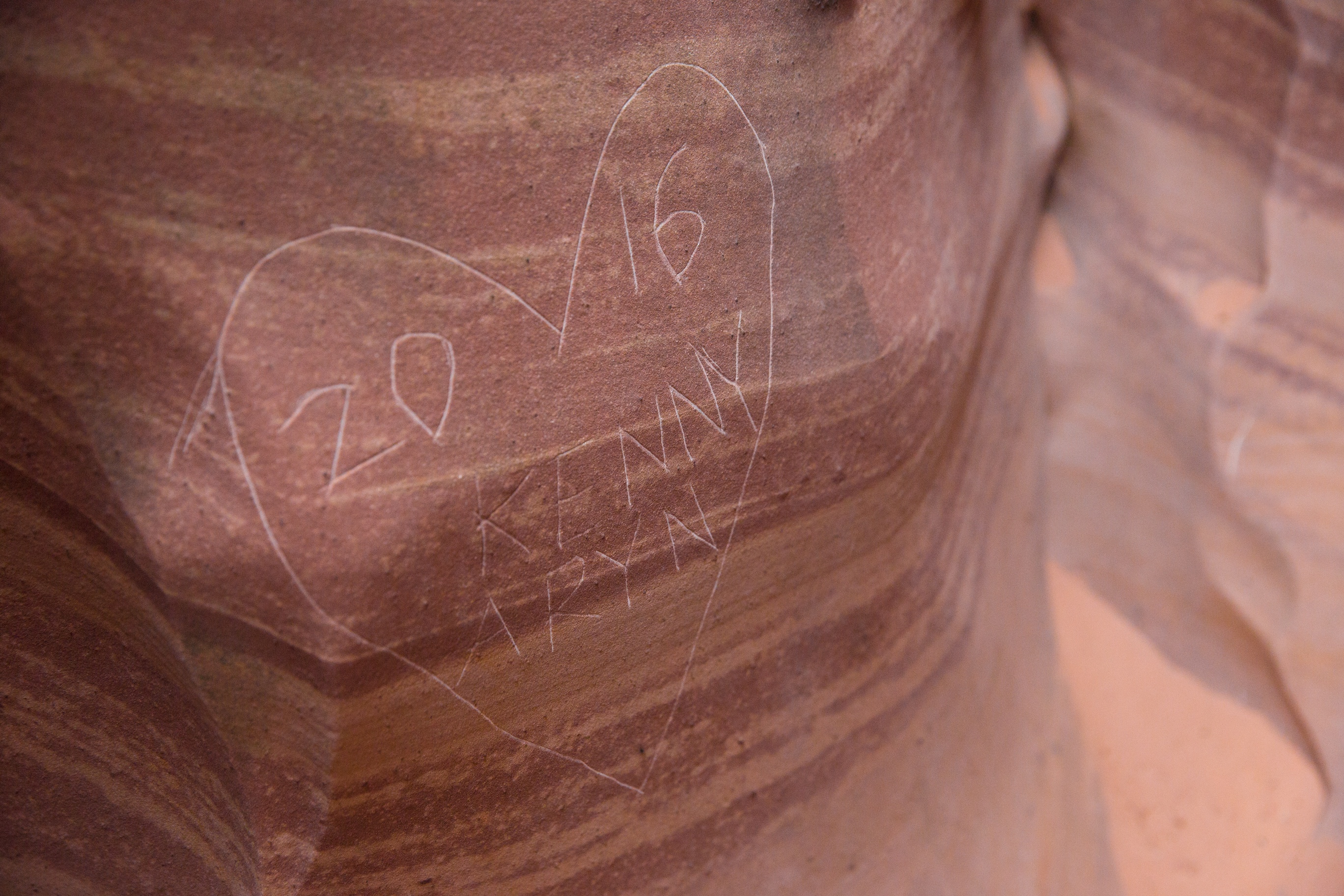 ESCALANTE, Utah — Officials are working to identify individuals responsible for graffiti carved on a canyon wall at the Grand Staircase-Escalante National Monument.

In the Zebra Slot Canyon, someone etched into the rock a heart with the names Kenny and Aryn. Above the names was the year 2016.

“It’s obvious they wanted to leave a loving message,” said Larry Crutchfield with the Bureau of Land Management.

Despite the intent, Crutchfield added, it is illegal and spoils the outdoor experience for everyone.

Vandalism in national parks is a growing problem, Crutchfield said.