Whether you love or hate your job, here’s a position you might be happier in: Chief Wombat Cuddler.

Tourism Tasmania is holding a contest for Australian residents to meet 8-month-old Derek, a sweet little guy who is melting the Internet’s collective heart.

Tourism Australia is holding an in internet contest (open only to Australian residents) for a to Flinders Island for 2-adults and cuddle time with Derek the Wombat, an 8-month old Wombat that was rescued from his mother’s pouch after she was hit by a car in December 2015 and is under the care of a woman named Kate Mooney who lives on Flinders Island.
Mandatory courtesy: Sean Scott Photography courtesy of Tourism Tasmania

“Not only will you and a friend be flown from your nearest Australian capital city to Tasmania’s Flinders Island to smother our little friend with cuddles, you’ll get to spend three nights exploring Derek’s island home,” the contest’s website says.

The idea came about after Sean Scott, an Australian photographer who is traveling around the country to capture images for Tourism Australia, visited the island and met Kate Mooney, the “Wombat Lady of Flinders Island.” She has been looking after the island’s orphaned wombat joeys for decades, having nursed more than 100 of them back to health over the years.

Derek has been with Mooney since December 2015, when she rescued him from his mother’s pouch after the mother was hit by a car. He’s currently an “only child” because he’s Mooney’s only wombat who needs constant care, but 15 others live on her property and will stay there until they’re mature enough to return to the wild.

Scott shot some cute footage of Derek running around the beach, and Tourism Tasmania uploaded it to the Web. Unsurprisingly, Derek was a viral sensation across Australia, so the social media team decided to leverage the exposure with the contest.

So far, Tourism Tasmania has received over 3,000 entries. Applicants have until April 16 to describe in 25 words or less why they’re the best person to fulfill the role of Chief Wombat Cuddler.

Whether or not you can apply, you can watch the video on repeat, so let’s all thank Derek for making our day a little brighter. 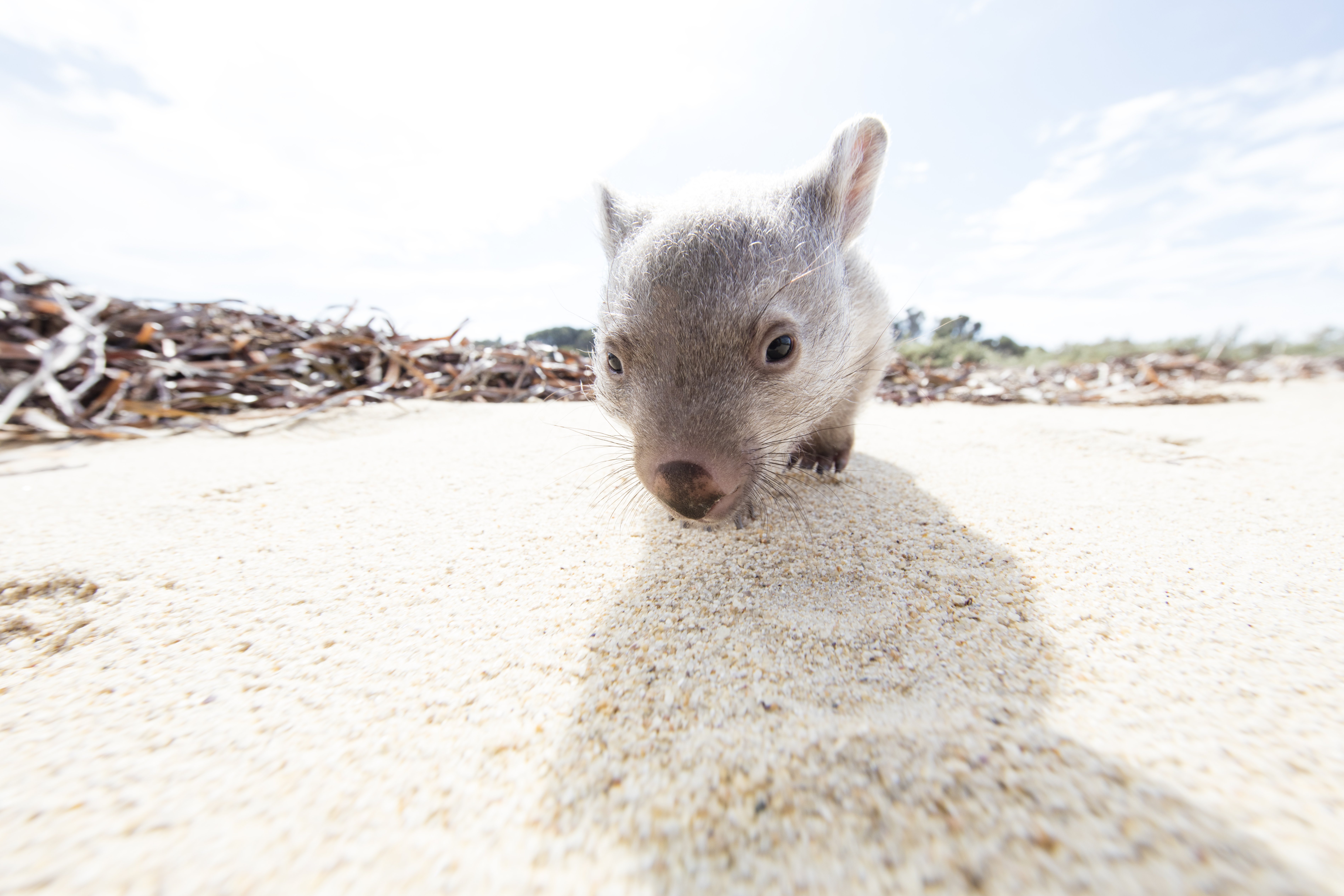