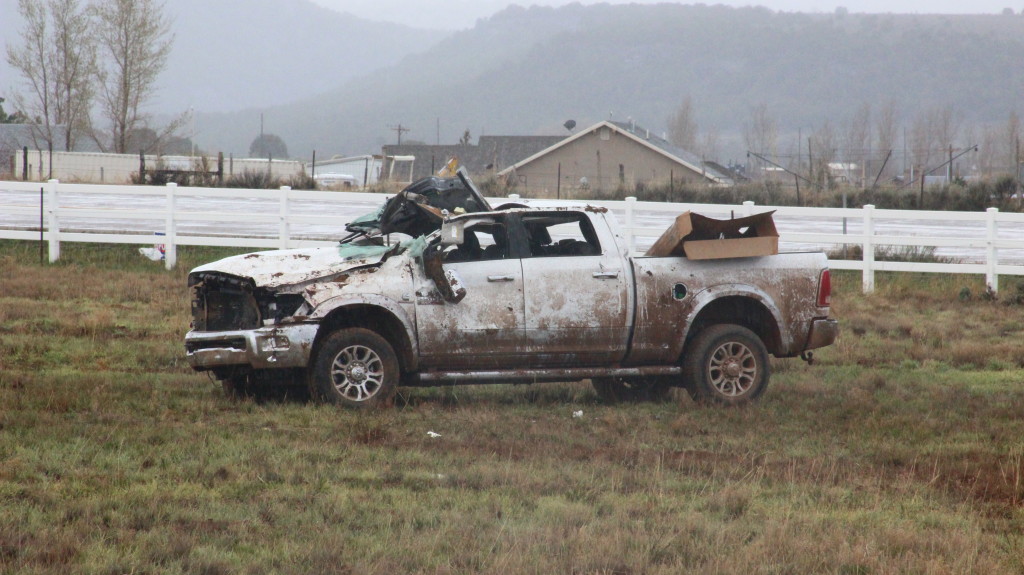 ENTERPRISE, Utah — An elderly man is dead after a single-vehicle rollover in Washington County Saturday morning.

The accident occurred at about 7:45 a.m. when a 78-year-old, traveling west on State Route 18, veered off the road in Enterprise.

Prior to the intersection where S.R. 18 turns south from Main Street in Enterprise, the motorist left the roadway and drove through a white vinyl fence, according to the Utah Highway Patrol.

The sole occupant of the car steered left, causing the wheels to dig into the soft soil. The vehicle then overturned and came to rest on the driver’s side, according to UHP.

St. George News reports police believe a medical issue may have been a factor.

“It’s suspected that there may have been a medical condition going on, but I can’t confirm that at this time,” UHP Sgt. Larry Mower told St. George News. “We do have the medical examiner’s office is going to conduct an investigation and they’ll let us know what their findings are; but it does sound like there may have been a medical issue prior to the vehicle leaving the roadway.”

Medical personnel attempted CPR on the man but their efforts were unsuccessful.

UHP later identified the deceased as Quentin C. Ence, 78 of Ivins, and stated the man was not wearing a seat belt when the crash occurred.

Visit St. George News for additional information and more photos from the scene.