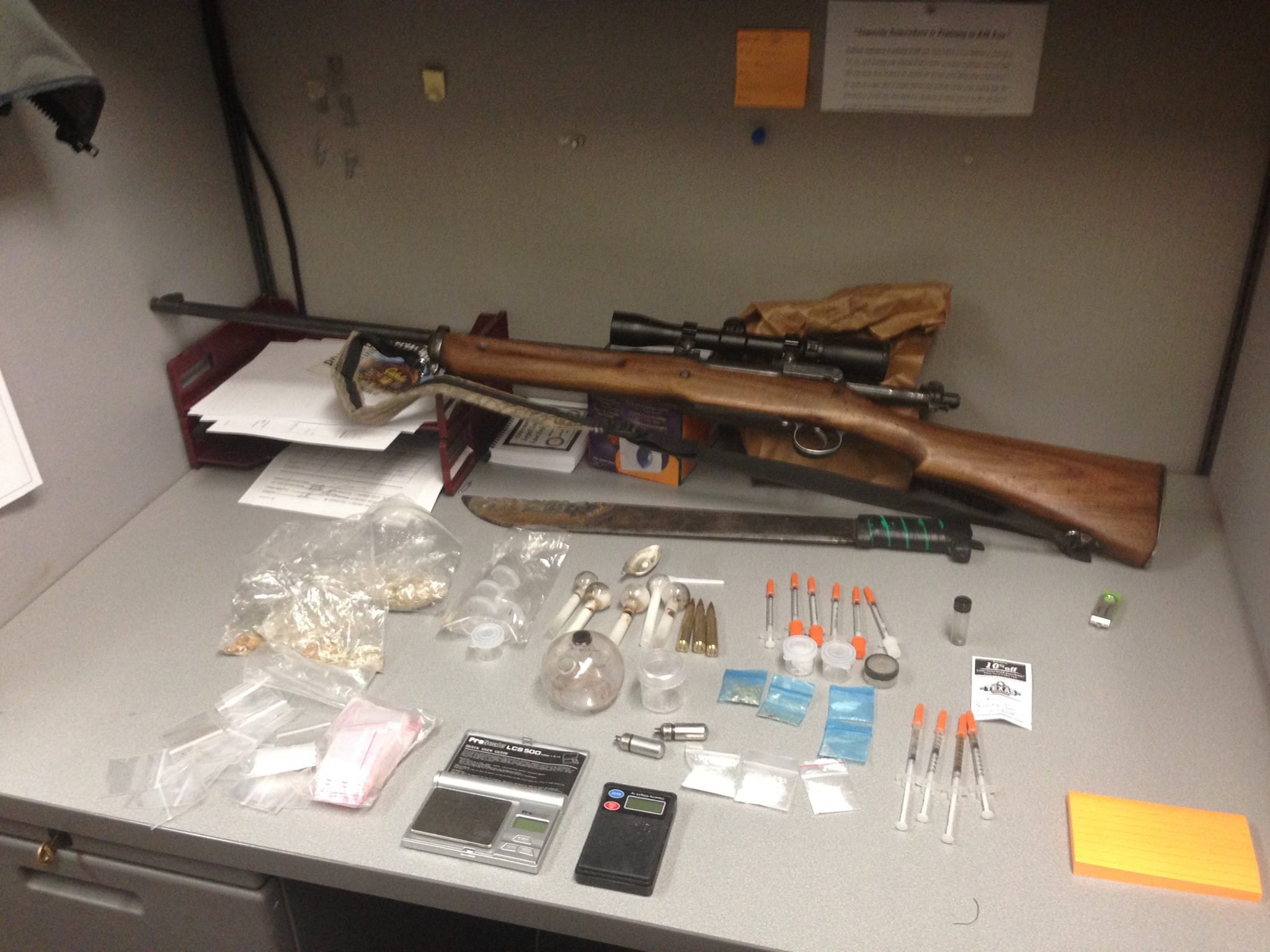 MORGAN COUNTY, Utah — A nuisance complaint in Morgan led to the arrest of a resident suspected of dealing drugs.

Authorities were alerted to the suspect when his motorhome, among three others, were illegally parked on Morgan Valley Drive last week, according to the Morgan County Sheriff’s Office. The residents were provided legal notice to move.

On April 1, deputies obtained a search warrant for the suspect’s trailer. The sheriff’s office would not releasing the man’s name, but according to court document’s the suspect has been identified as 33-year-old Oakley Clark Pentz.

According to the sheriff’s office, Pentz was not home at the time the search warrant was served.

During the search, deputies found multiple containers of methamphetamine, psychedelic mushrooms with drug paraphernalia consistent with distribution, according to the sheriff’s office Facebook post.

A rifle and machete were also found near the drugs, officials say.

When Pentz returned, officials say, he was taken into custody peacefully.

Pentz was booked into Weber County Jail on charges of