KEARNS, Utah -- A woman has died after she was hit by a car while riding her bike in Kearns Sunday night.

Det. Jared Richardson of the Unified Police Department said 57-year-old Connie Stewart Marconato, of Kearns, was on a bicycle when she was hit by a car near 5415 South and Northwestern Ave. (4725 West).

Officers said visibility may have been a factor.

The woman was wearing dark clothing and crossing the intersection while riding her bike through the crosswalk when a man in a 2007 white Hyundai hit her.

Richardson said the woman went to the hospital in extremely critical condition and later died.

She was not wearing a helmet at the time and suffered severe head injuries.

The driver of the car remained at the scene and is cooperating. 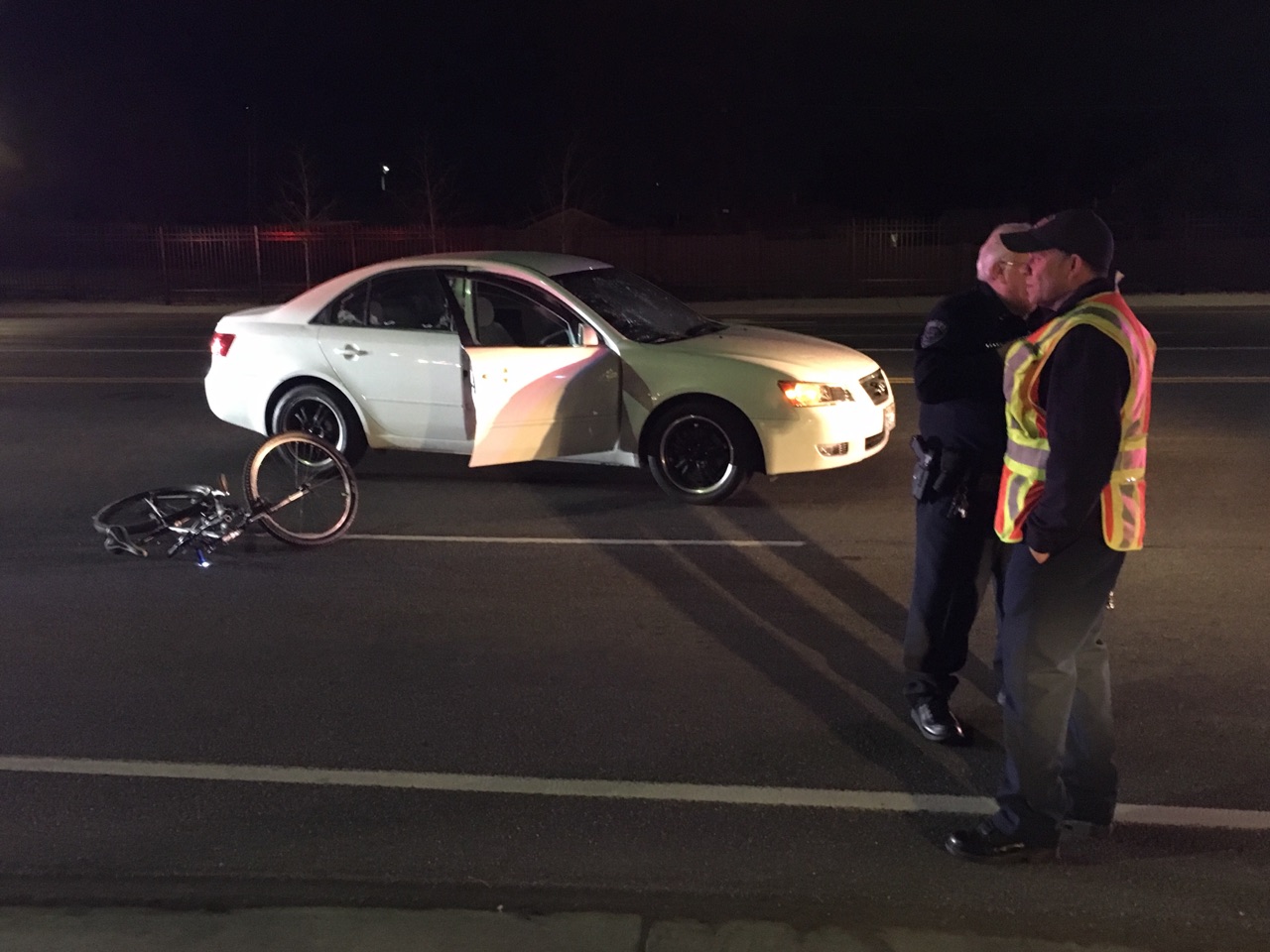