According to Logan police, 24-year-old Christopher Copier was caught with a quarter pound of marijuana and 46 ecstasy pills.

Police said they also found psilocybin mushrooms, multiple bags of Xanax, marijuana edibles and more marijuana in a safe in Copier's room. The quantities of drugs reportedly found in the safe were not disclosed.

In addition to the drugs, police said they found a .40-caliber handgun and $1,600 cash in Copier's room. Police said Copier was given a urinalysis and he tested positive for marijuana. Police said the room that was searched was off campus.

Copier started his career in football at Snow College before transferring to Utah State University.

"If he was playing football, if that was his plan, it's definitely going to have an impact on his future,” said Capt. Tyson Budge with Logan City Police.

Police say it doesn't appear any other Utah State football players were involved.  The University declined to comment on his arrest but Copier has been suspended from the team. 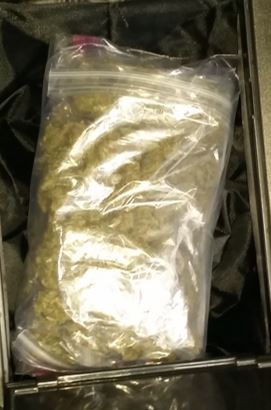