The pair also went to several businesses and made counterfeit purchases using credit cards from a wallet they found in one the stolen cars.

West Jordan Police believe the suspects are a white male and female in their twenties.

Anyone with information is asked to contact West Jordan Police Department. 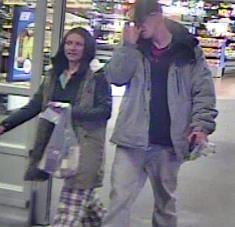