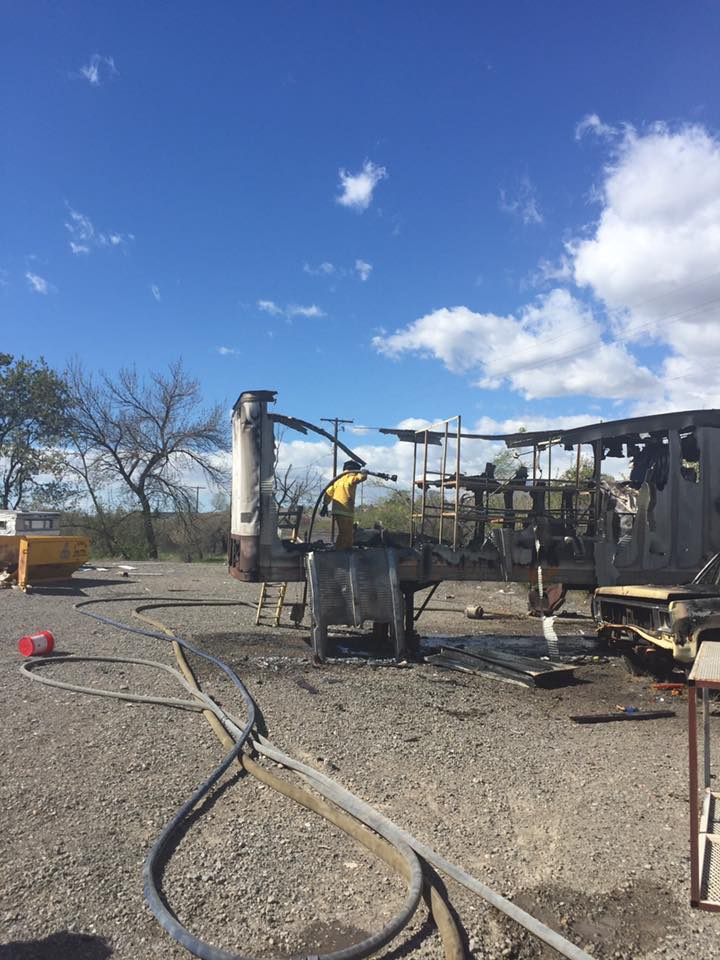 PROVO, Utah — Investigators are working to determine the cause of a fire deemed suspicious after a semi-truck was destroyed Saturday afternoon, and witnesses told authorities they heard an explosion.

Capt. Dean York, Provo Fire Department, said the trailer was at 675 North Independence Ave. when it caught fire after 3 p.m. on Saturday.

York said many witnesses and nearby residents reported hearing an explosion, but he said they have not yet been able to confirm whether or not an explosion took place or what the cause may have been.

The fire caused FrontRunner service between Provo and Orem to be disrupted for about 90 minutes, as the semi was near some train tracks.

The Utah County Fire Marshall’s Office is investigating the fire, which York said is considered suspicious.