SALT LAKE CITY -- Salt Lake City fire crews responded to a large, outside fire Thursday afternoon, but when they arrived they determined the smoke was coming from a controlled burn on private property.

According to the Salt Lake City Fire Department, the fire is near 700 North and Glen Road (6070 West).

The fire department tweeted just after 3 p.m. they were responding to the large fire, but just before 4 p.m. crews at the scene told FOX 13 News they had since learned the fire is a controlled burn on private property.

Firefighters said the fire was still under control and that they were staying on scene to monitor the fire rather than extinguish it. They said the owner of the private property did not notify them of the controlled burn, and when they saw smoke Thursday afternoon they responded to the area.

Officials are in the process of determining whether the property owner had taken the necessary steps to secure a permit for the burn. The property owner said he started the blaze to clear vegetation.

"If you have a permit, you are allowed to have controlled burns on your area," said Jasen Asay of the Salt Lake City Fire Department. "We'll investigate and determine whether or not he had a permit and if this was justified later. Right now we're just concerned on making sure the fire doesn't affect anything that it's not supposed to." 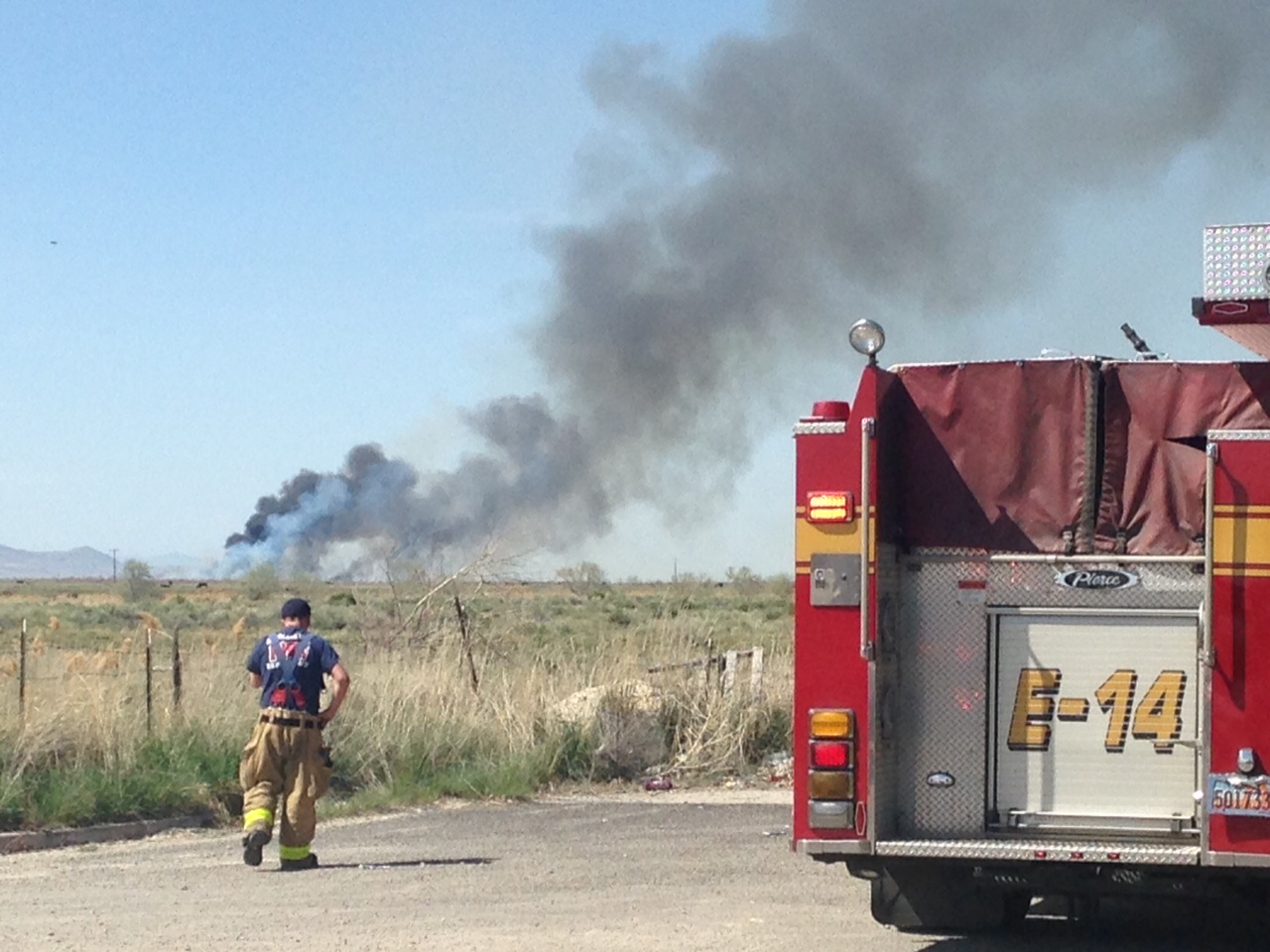