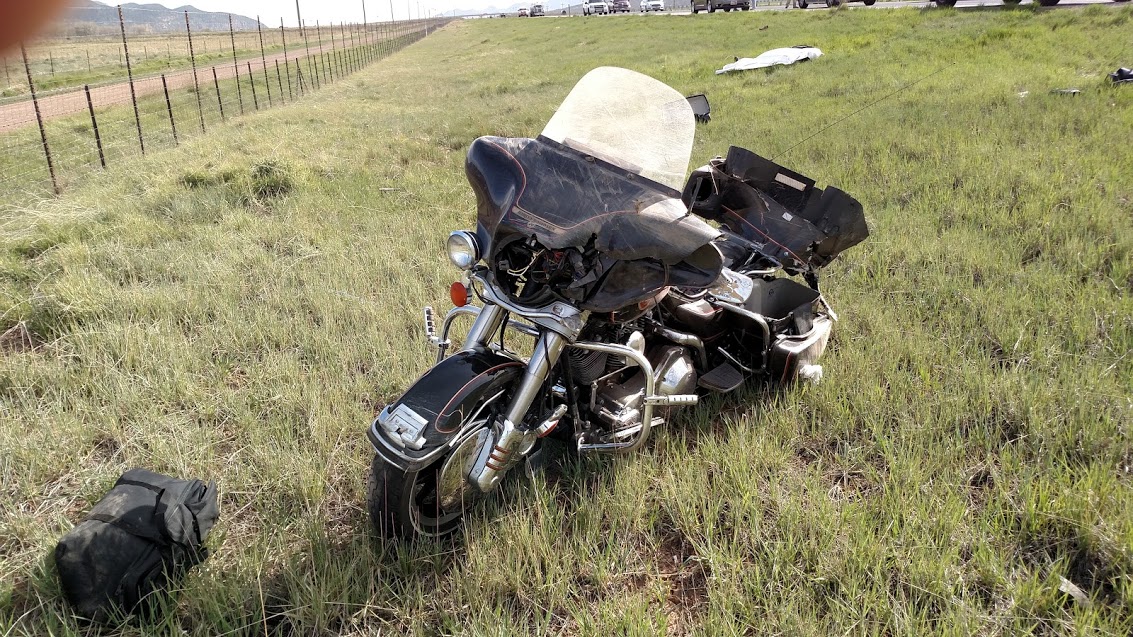 SOUTHERN UTAH — A sheriff’s deputy was killed and his wife was flown to a hospital in serious condition after a motorcycle crash on I-15 near Kanarraville Friday.

A public information officer for the Utah Highway Patrol said the crash occurred around 4:19 p.m. as a motorcycle traveled northbound on I-15 near mile marker 48.

UHP states that after the motorcycle changed lanes to pass another vehicle, the bike began to wobble and left the roadway to the right. The motorcycle then rolled over several times, ejecting both occupants.

Both individuals were wearing helmets. A man was pronounced dead at the scene of the crash, while a woman was airlifted to Dixie Regional Medical Center in serious condition.

St. George News reports that police are investigating whether high winds or a damaged tire may have been factors in the crash.

Photos from St. George News show the medical helicopter responding to the crash. Click here for more photos from the scene.