One killed, 2 others in critical condition after semi hits car in Tooele County

TOOELE COUNTY, Utah - A 38-year-old man is dead and two others are in critical condition after a crash in Tooele County.

The Utah Highway Patrol said a semi truck hit a Dodge Neon that was either stopped or going very slow in the westbound lanes of I-80 towards Wendover at mile post 23 just after 5 a.m. Friday.

The semi driver told officers he couldn't stop in time and hit the Dodge.

The collision forced the car off to the side of the road.

Officers said the man who died was in the back seat and died on impact. He was later identified as 38-year-old Andy Lew of Spanish Fork.

Two women were also in the car and critically injured; a 35-year-old passenger and a 34-year-old driver.

They were flown to the hospital.

The car has Utah license plates; authorities have not confirmed the identities of those involved at this time because they are having trouble reaching the victims' families.

Authorities are investigating why the car was not driving at freeway speeds and if drugs or alcohol were factors. 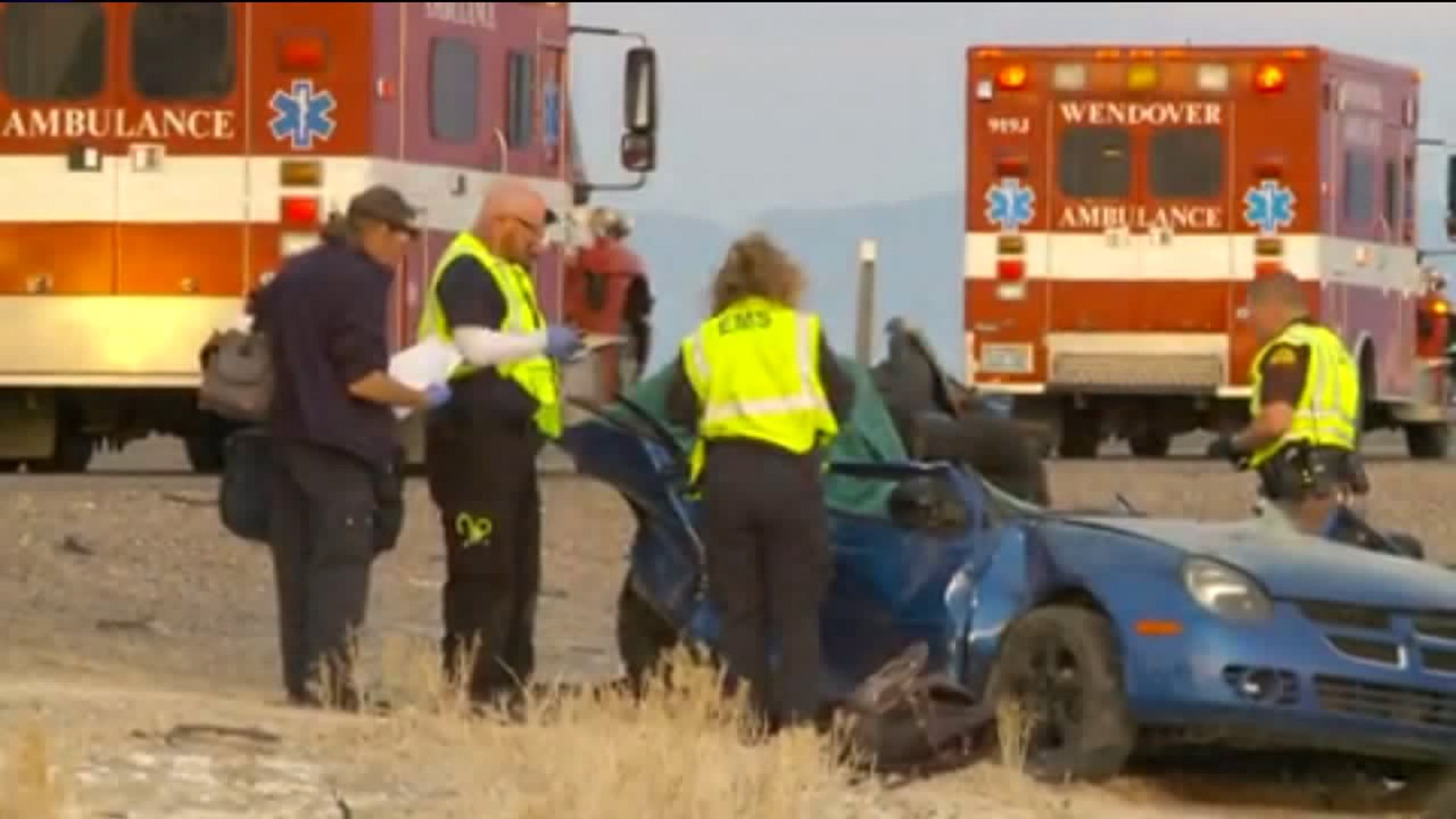