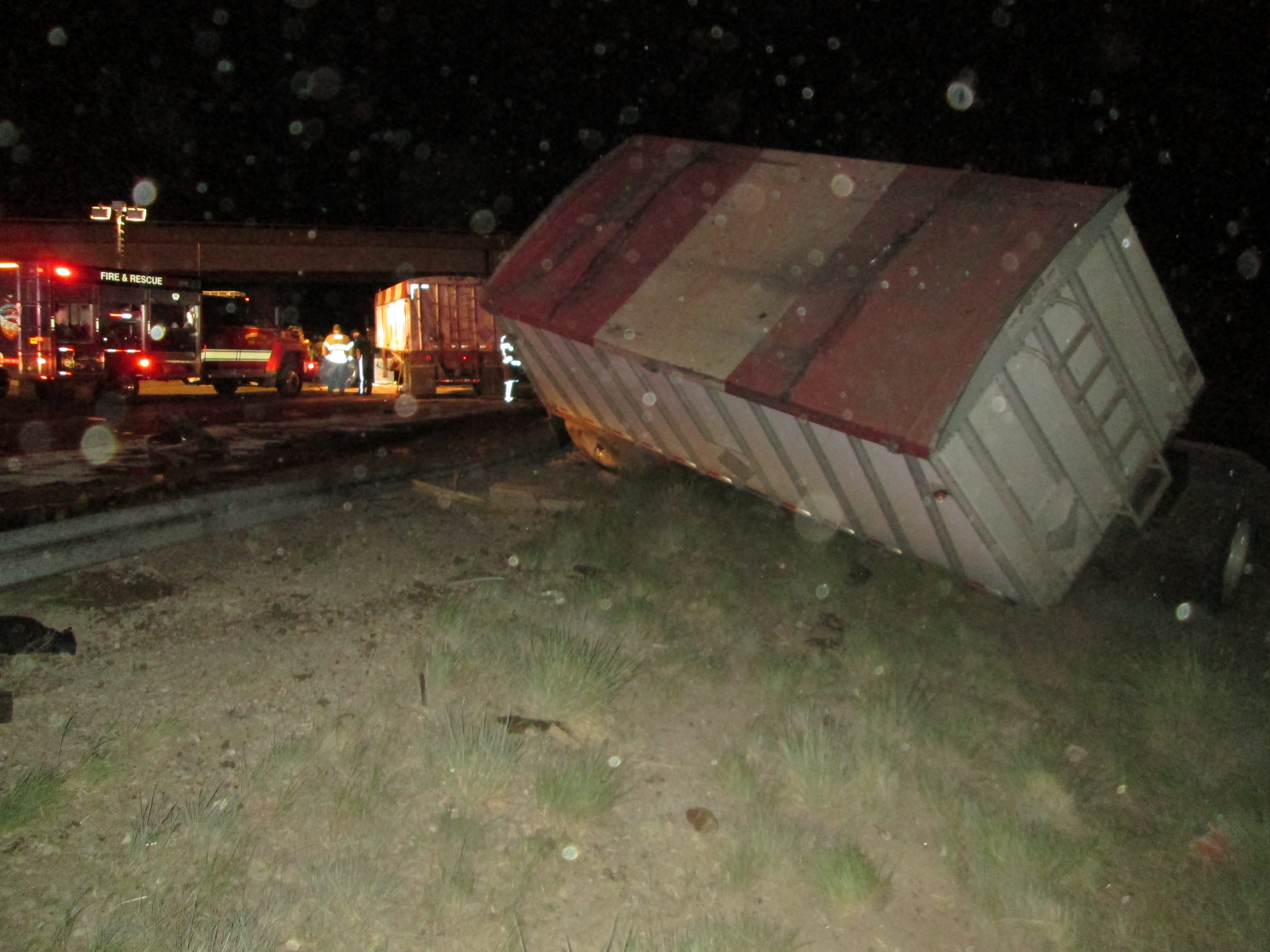 SPANISH FORK, Utah — Southbound Interstate 15 reopened after an early morning fatal crash near Spanish Fork closed the roadway for hours, and one driver involved in the crash has yet to be located.

Witnesses told Utah Highway Patrol a driver in a dark pickup truck and a driver in a small white passenger car began passing a semitractor-trailer on the left at a high rate of speed.

The driver in the white car came into the lane of the semi truck, causing the truck driver to swerve and leave the road off the right shoulder, destroying about 100 feet of guard rail, according UHP.

The truck driver came back onto the roadway but then collided with the pickup truck, UHP reports.

The passenger of the pickup sustained fatal injuries. He was later identified as 21-year-old Irineo Hernandez Ambriz of Provo.