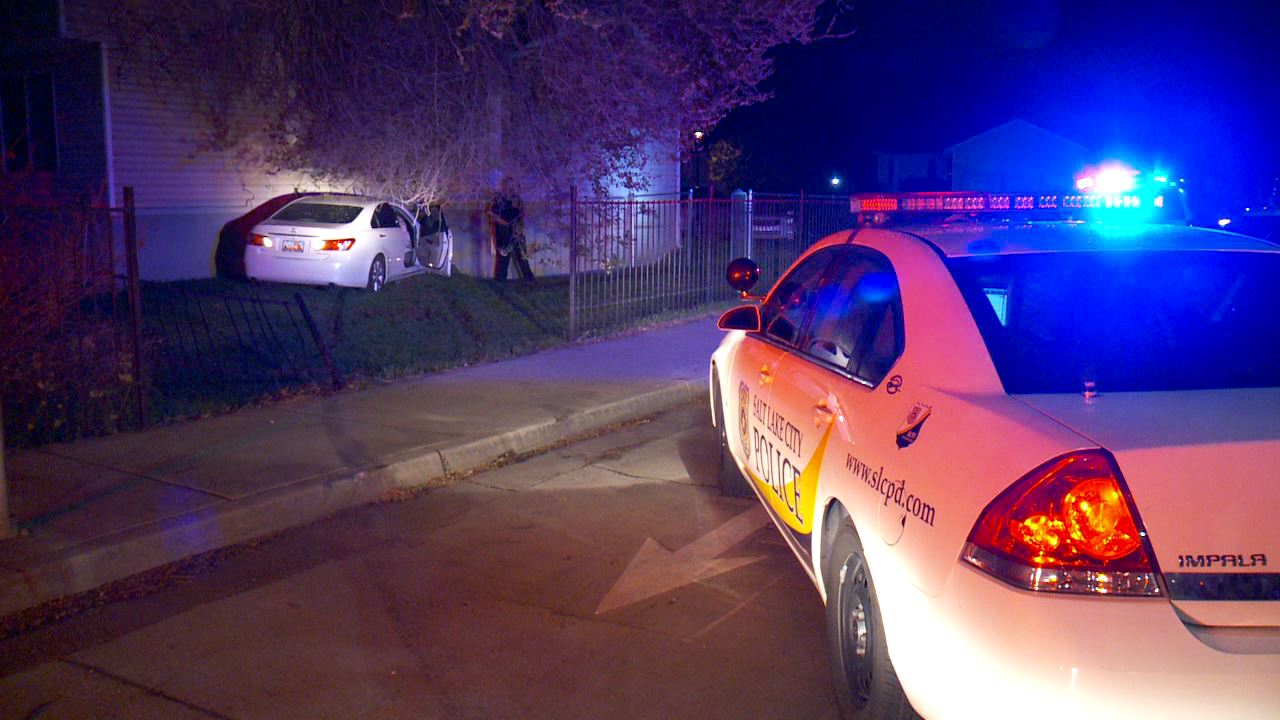 SALT LAKE CITY, Utah – A man is on the run after her crashed into a house near 1000 North and Redwood Road.

Police say that the hit and run happened sometime after 2 a.m. on Friday Morning.

Before the accident officials say the car was initially spotted on 900 West  going above the speed limit.

When the car turned west at 1000 North it continued going fast causing it to crash right into a house.

The driver fled on foot so police spread out and set up a perimeter but they weren’t able to catch the suspect.

Police later found out that the registered owner of the car is wanted in Murray for aggravated assault.

If anyone has information about the accident contact Salt Lake City Police Department.