Police looking for suspect after armed robbery at Domino’s Pizza

SANDY, Utah - A man is on the run after pulling a gun out and threatened an employee at Domino's Pizza on 8944 South, 700 East.

The armed robbery took place on Thursday at about 2:50 p.m and the suspect received money from the employee before fleeing and heading south on foot.

The suspect is being described as a white male in his 40's with grey facial hair and a thin to medium build.

He's also described as wearing a white long sleeve shirt, blue jeans and a mesh hat at the time of the robbery, all of which can be seen in the picture gallery.

Anyone with information is being asked to contact Sandy City Police Department at (801) 568-4636. 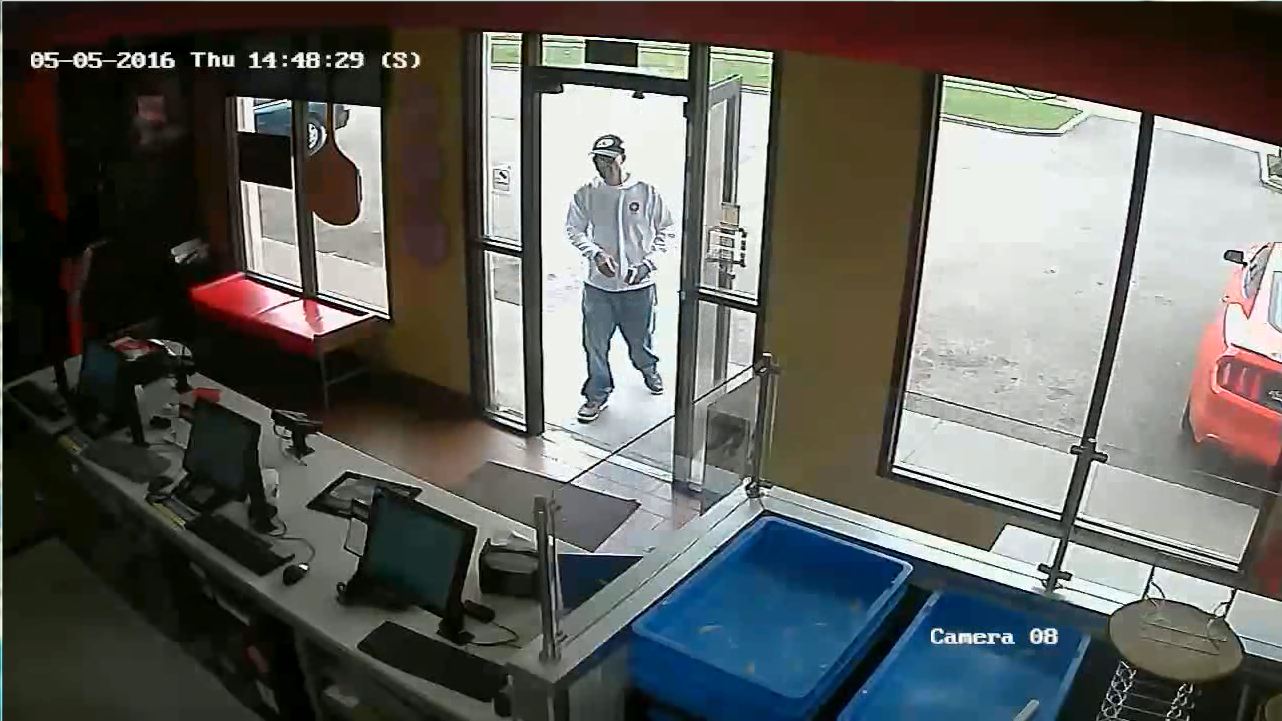