Police identify man critically injured in motorcycle crash on I-15 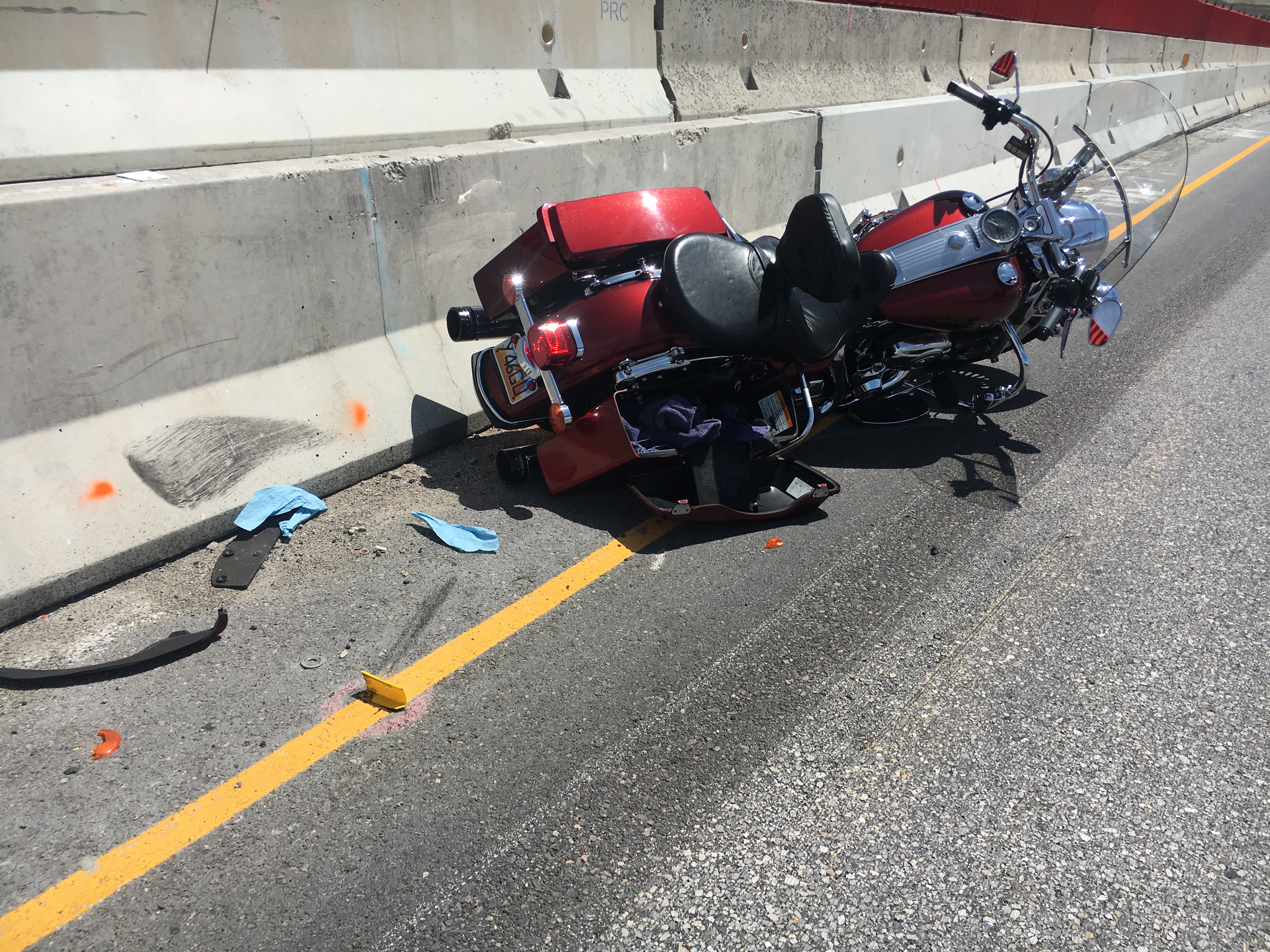 DRAPER, Utah — A motorcycle rider was taken to Intermountain Medical Center in extremely critical condition after a crash that delayed traffic on I-15 Friday afternoon, and authorities said a helmet would have prevented or reduced the injuries he suffered.

According to the Utah Highway Patrol, the crash happened shortly before 2 p.m. on southbound I-15 in Draper, near the Bangerter Highway off-ramp.

A news release from UHP said the crash occurred as the motorcyclist approached rapidly-slowing traffic. The motorcycle rider lost control and was thrown from the vehicle.

“The rider rolled in the #5 and #6 lane and the motorcycle slid across all the travel lanes and came to rest against the left concrete barrier,” the news release said.

The motorcyclist was not wearing a helmet, UHP said.

“Investigators believe that a helmet could have prevented or mitigated the majority of the injuries in this crash,” an updated press release stated. “UHP encourages all motorcycle riders to wear a proper helmet and riding gear at all times. ”

The man was later identified as 72-year-old Chet Gibson of West Jordan.

All lanes of the freeway were reopened later Friday.