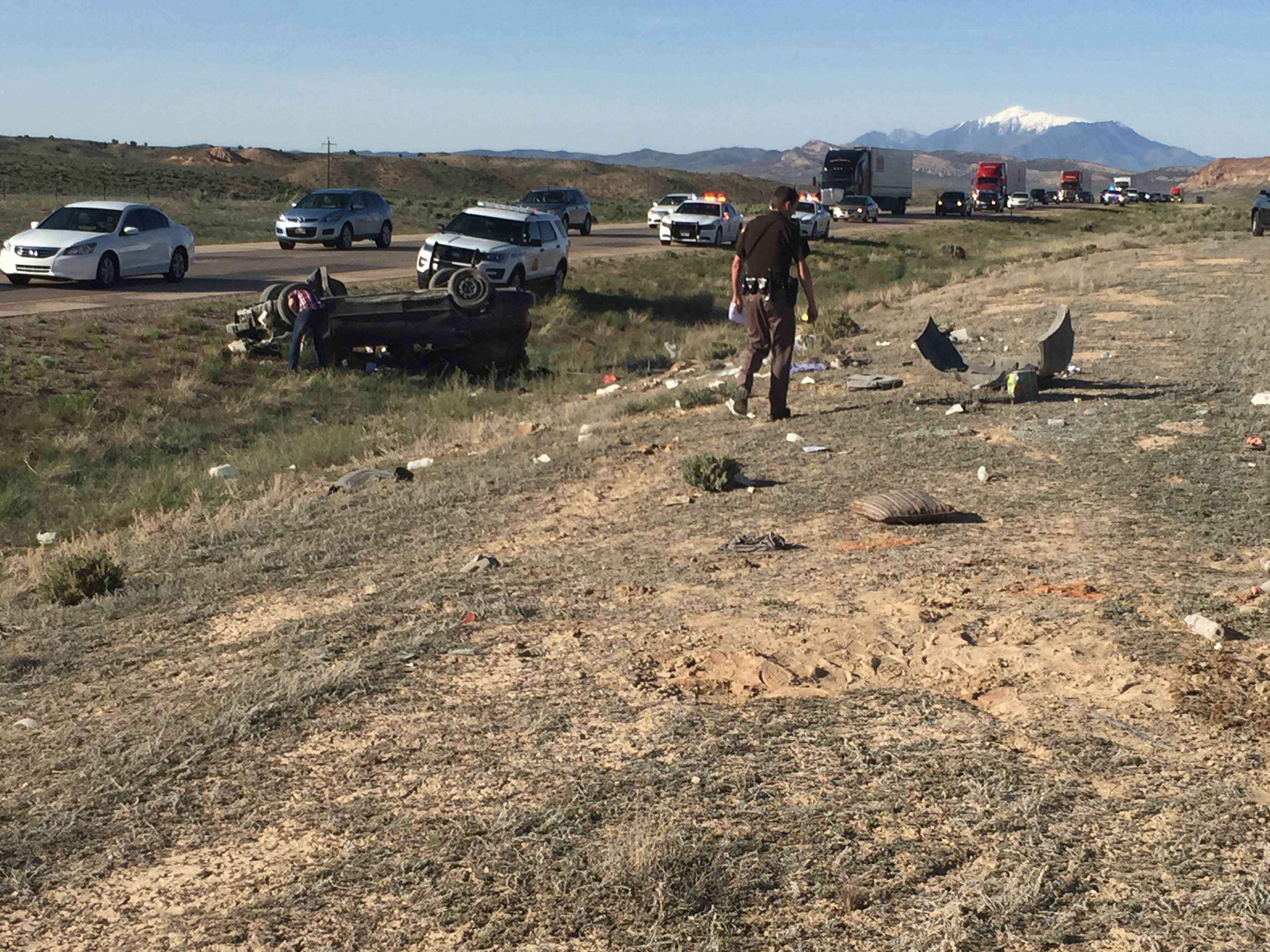 UTAH — A woman was flown to a hospital in critical condition and a man suffered minor injuries after a rollover crash on I-15, and witnesses report the driver was passing aggressively when they lost control.

Witnesses reported seeing a car traveling in excess of 100 mph and driving “extremely aggressively prior to the crash,” according to information from the Utah Highway Patrol.

The witnesses report the vehicle had just passed a semi-trailer while going at high speeds and by moving onto the right shoulder of the road. As the vehicle was on the shoulder, the car drifted off the pavement into the dirt.

The driver over-corrected, sliding across both lanes of I-15 and rolling multiple times into the median. The car traveled about 200 feet before coming to a rest on its roof.

A female occupant, 28-year-old Johanna Scheetz of Provo, was ejected during the crash. She was flown to a hospital in critical condition.

A male occupant, Patrick Gabbitas, remained in the car as it rolled. He suffered minor injuries.

Police stated that the two occupants gave conflicting reports about who was driving the car. UHP is investigating to determine who was behind the wheel as well as to learn about any other factors that may have contributed to the crash.

UHP encouraged all drivers to follow the rules of the road, and they said motorists who see reckless drivers should report them by calling 911.