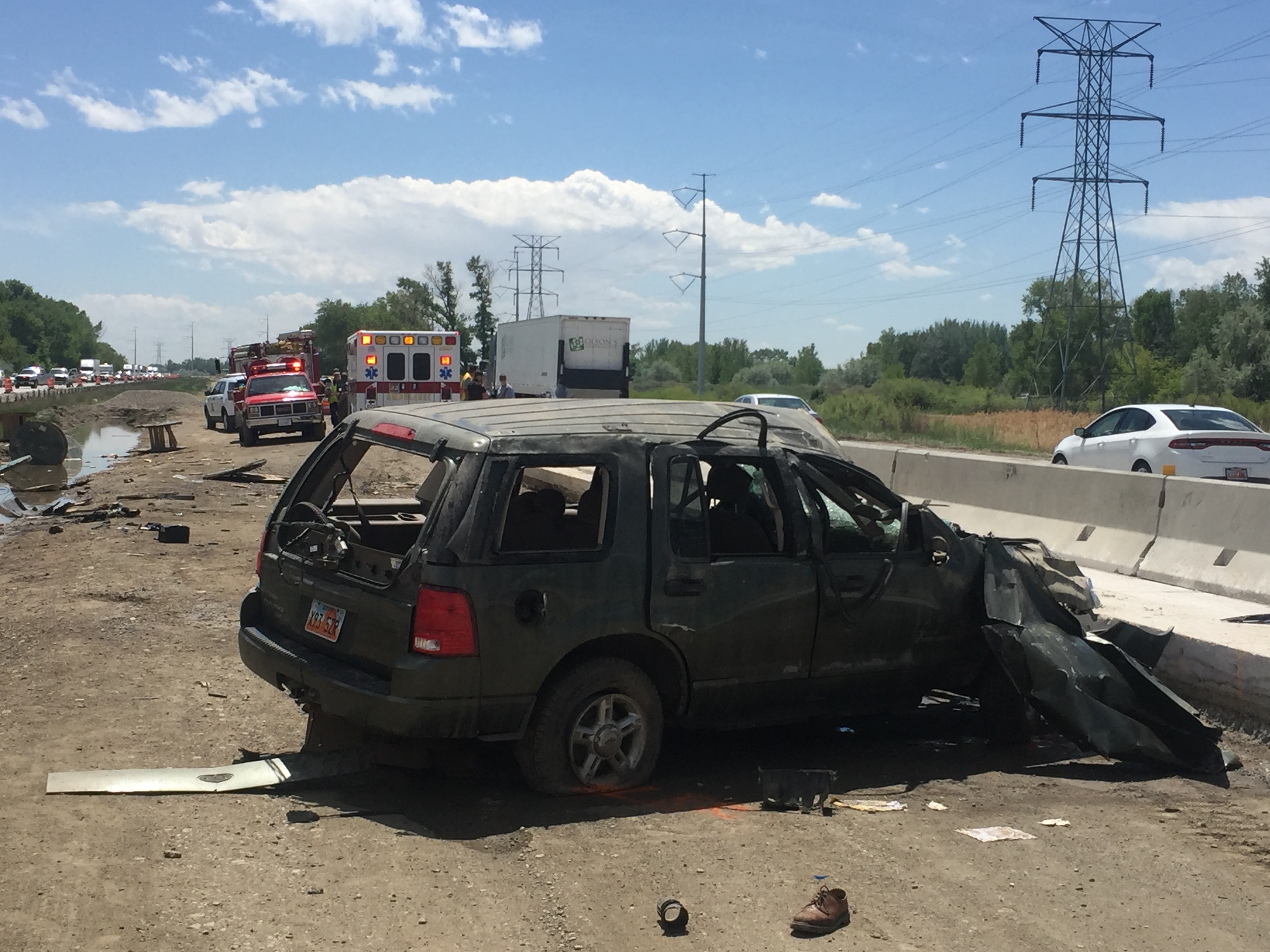 BOX ELDER COUNTY, Utah — A man suffered extremely critical injuries after he was ejected from his vehicle during a rollover crash on I-15 near Willard Saturday afternoon, and USU confirms the man is a member of the Aggies football team.

According to the Utah Highway Patrol, the 21-year-old man was driving northbound on I-15 near mile marker 357 when he drifted into the construction zone on the right and struck some large wooden spools.

The driver then over-corrected, and the vehicle traveled back across the road and into the center median, where the car rolled.

The driver was not restrained and was ejected during the crash. He was flown to Ogden Regional Hospital in extremely critical condition. Police later identified the man as 21-year-old Brady Holt of Riverton, and as of 3:30 p.m. he remained in critical condition.

Doug Hoffman, Associate Athletics Director for Media Relations at Utah State University, confirmed Holt is a member of the school’s football team. According to the team’s website, Holt is a freshman who plays defensive end.

I-15 was closed in the vicinity and traffic was routed around via off and on-ramps as crews responded. The road was opened again once the helicopter departed with the patient.

“UHP reminds all vehicle occupants to please buckle up; every trip, every time,” the press release stated. “Vehicles are designed to absorb the energy from a crash while keeping the occupants safe in the passenger compartment. Remaining in that protected compartment, buckled into your seat, is the safest place to be in the event of a collision. “