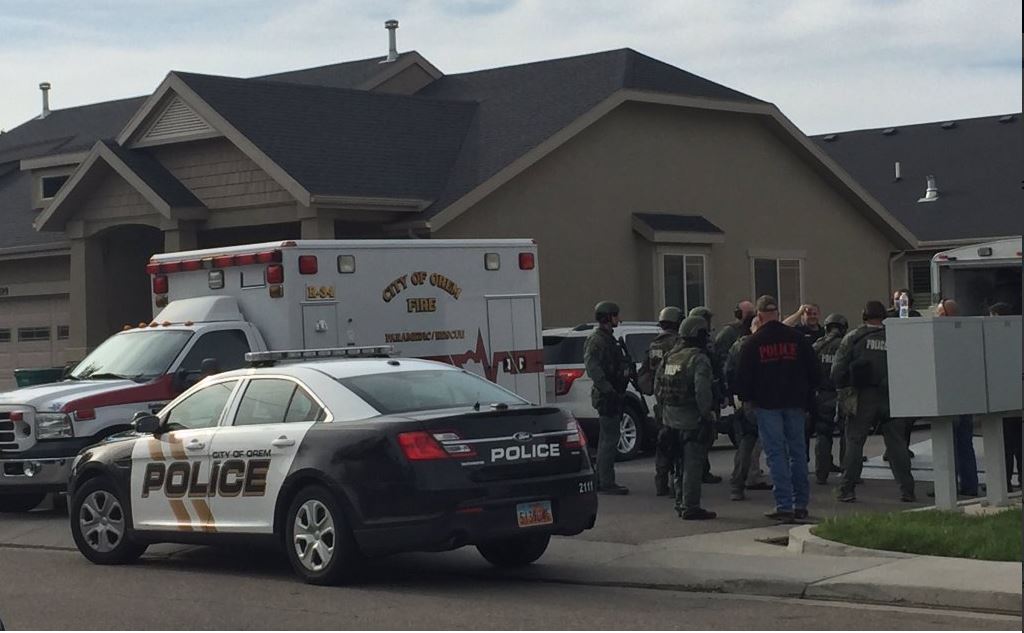 OREM, Utah — SWAT personnel responded to an Orem residence after a man allegedly assaulted several friends and family members, and the suspect was arrested Sunday evening.

Public safety officials confirmed SWAT was responding to a residence in the area of 700 East and 1600 South in Orem.

Things began when 28-year-old Victor Garcia allegedly assaulted several friends and family members with a Taser. He then ran to a friend’s home and barricaded himself inside.

“Dispatch could hear screaming and crying, we were told a man named Victor Garcia was assaulting people, and he actually had a Taser, so we went down as quick as we could,” Lt. Craig Martinez with Orem PD said. “By the time we got there, he left the residence and went to  a nearby friend’s home.”

Police said the alleged assaults occurred around 2:30 p.m. SWAT and police negotiated with the man for about five hours before he surrendered and was taken into custody just after 7 p.m.

FOX 13 News’ Tamara Vaifanua tweeted a video showing police outside a home ordering someone to come outside. Police confirmed Garcia was in custody about 20 minutes later.

Authorities said Garcia has a known criminal history and is now looking at possible assault charges.