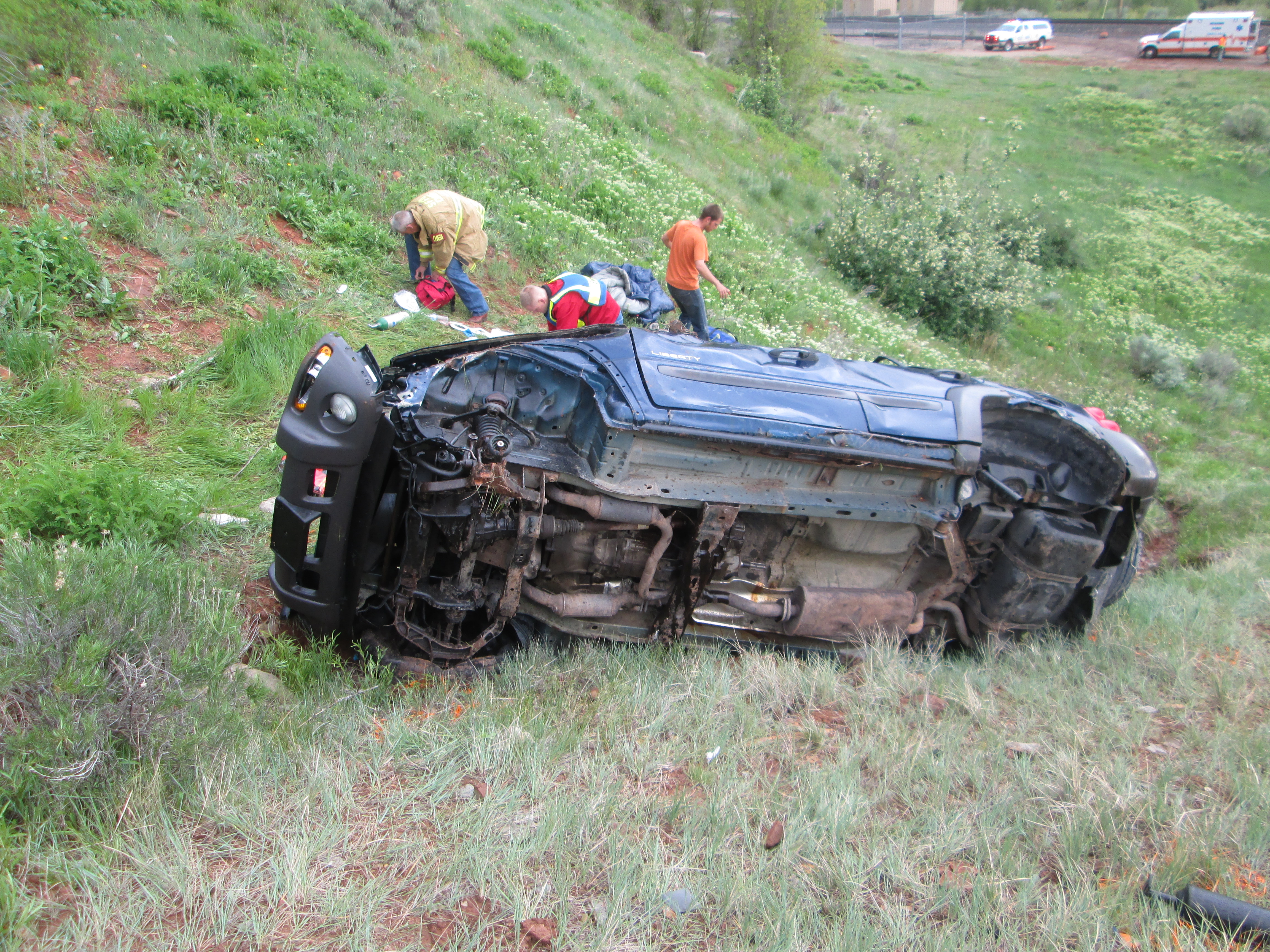 According to the Utah Highway Patrol, the crash occurred Sunday on State Route 6 in Spanish Fork Canyon.

A woman driving a Jeep that had previously been reported by other motorists for reckless driving lost control of the vehicle as she neared the Diamond Fork turnoff.

The vehicle began to roll while still on the pavement, and it continued to roll as it left the road and went about 300 feet down a steep embankment.

The driver, 24-year-old Kimberly Worthen of Layton, and a male passenger, 36-year-old Nick Swann of Lehi, were taken by helicopter to a hospital with critical injuries.

There were also three children in the Jeep ages 9, 11 and 14. The children suffered minor injuries and were taken to a hospital by ground ambulance.

Police said they are investigating impairment as the primary cause of the crash.

The crash restricted travel in both directions on SR-6 for about 45 minutes.