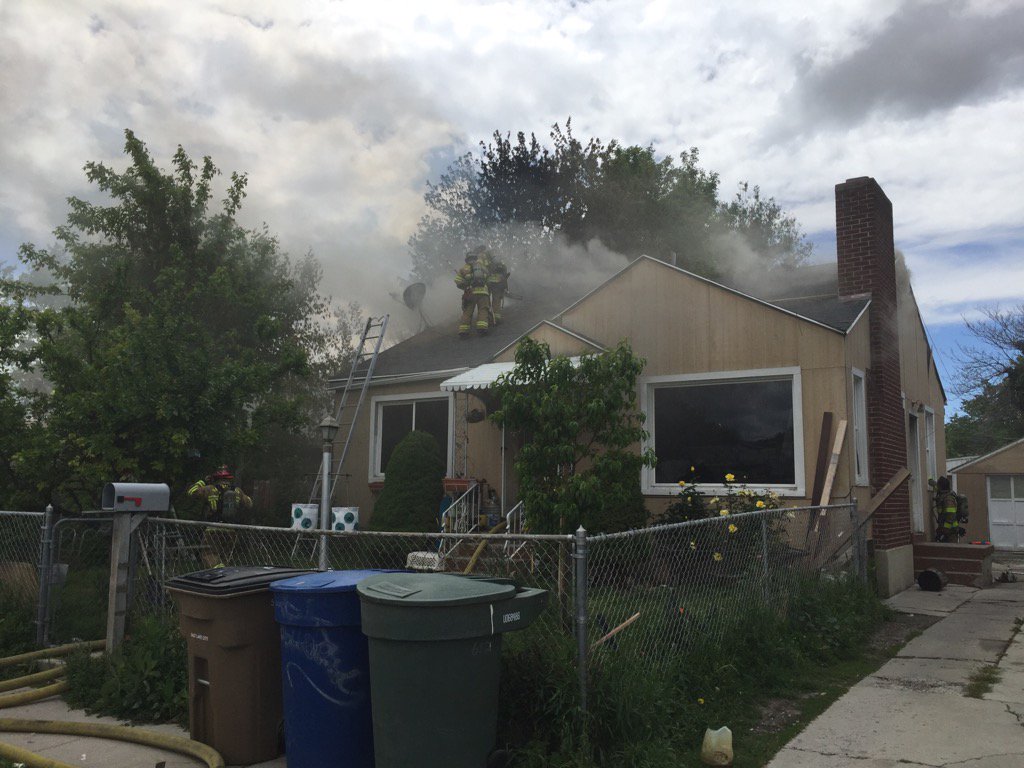 Salt Lake City fire responded to the blaze, located at 612 S. Concord Street, at about 1:57 p.m. When fire crews arrived, heavy smoke was coming from the roof of the building, according to a press release from the fire department.

The fire caused severe damage to the outside of the house where the flames originated and extended into the structure directly to the south, the release states. Firefighters upgraded the response to a second-alarm, which kept the flames from extending into the second house.

Investigators determined the fire was started by children playing with matches in the backyard.

Twelve have been displaced. No injuries were reported.

Approximately 10 people total will be displaced by the fire. Investigators still talking with occupants to determine exact number.