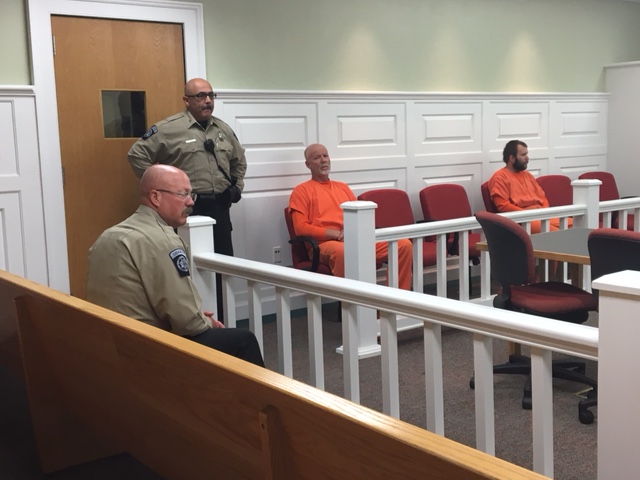 UPDATE: A day after a father and son accused of tying up a mother and her four daughters in a Centerville basement chose not to waive extradition back to Utah, they have changed their minds.

Both Flint & DJ Harrison have now waved extradition back to Utah

CENTERVILLE, Utah — Suspects in a Centerville kidnapping incident chose not to waive extradition after they were taken into custody in Wyoming over the weekend.

Dereck James Harrison, 22, and his father Flint, 51, had a court hearing in Sublette County on extradition back to Utah.

The father-son duo chose not to waive extradition and asked for an attorney, according to a Facebook post by Centerville police. The men will be appointed an attorney before extradition proceedings begin.

Their bail was set at $750,000 cash only and they will remain in the Sublette County Jail in Wyoming for now.

Maryann Harrison went to Pinedale, Wyo., on Saturday looking for information about her son. A warrant was issued for her arrest in Utah when it was discovered she had broken the terms of her parole.

She appeared in court, waived the extradition process and will return to Utah within 10 business days.

The Harrisons are accused of kidnapping and assaulting a woman and her four daughters on May 11. After the victims broke free, the men fled the state to Pinedale, Wyo.

Early Saturday morning, Flint Harrison turned himself in to Sublette County Sheriff’s Office and told authorities where his son was hiding out.