B-52 crashes in Guam; no injuries reported 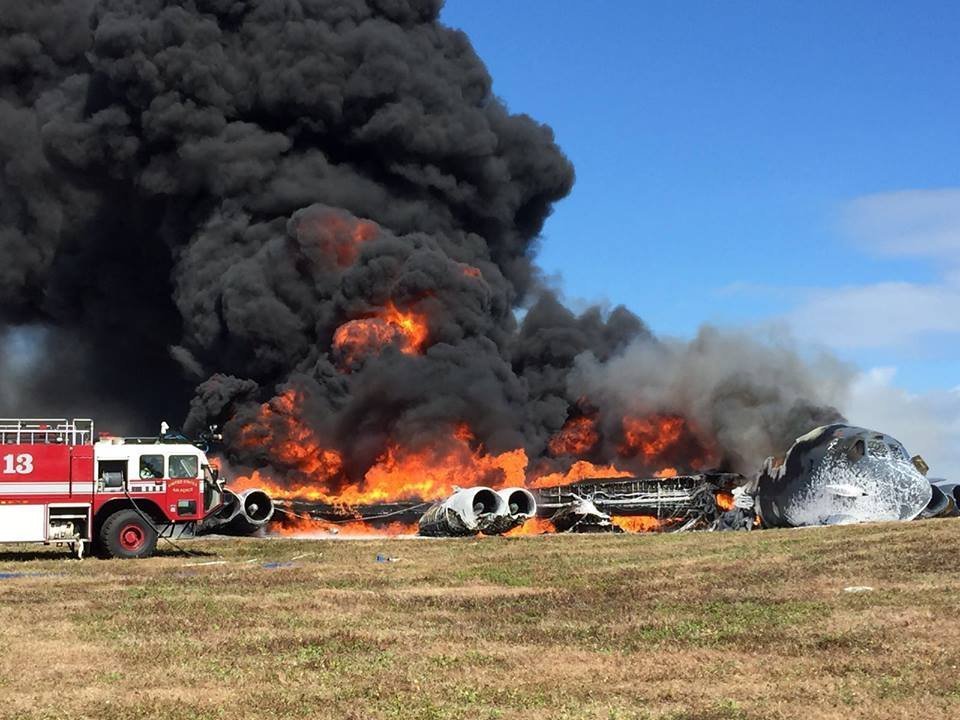 (CNN) — A B-52 bomber crashed Thursday morning at a U.S. Air Force base in Guam during a training mission, with all seven aircrew members safely leaving the aircraft, the base said.

The plane crashed at Andersen Air Force Base around 8:30 a.m. (4:30 p.m. Wednesday MT); no injuries were reported, the base said.

Orange flames and thick smoke rose from a plane’s charred remnants at the base, images distributed by KUAM-TV show.

“The incident is under investigation and measures to mitigate possible environmental impacts are being taken,” the base said.

Guam is a U.S. territory in the Pacific, about 3,800 miles west of Honolulu and 2,500 miles southeast of Beijing.