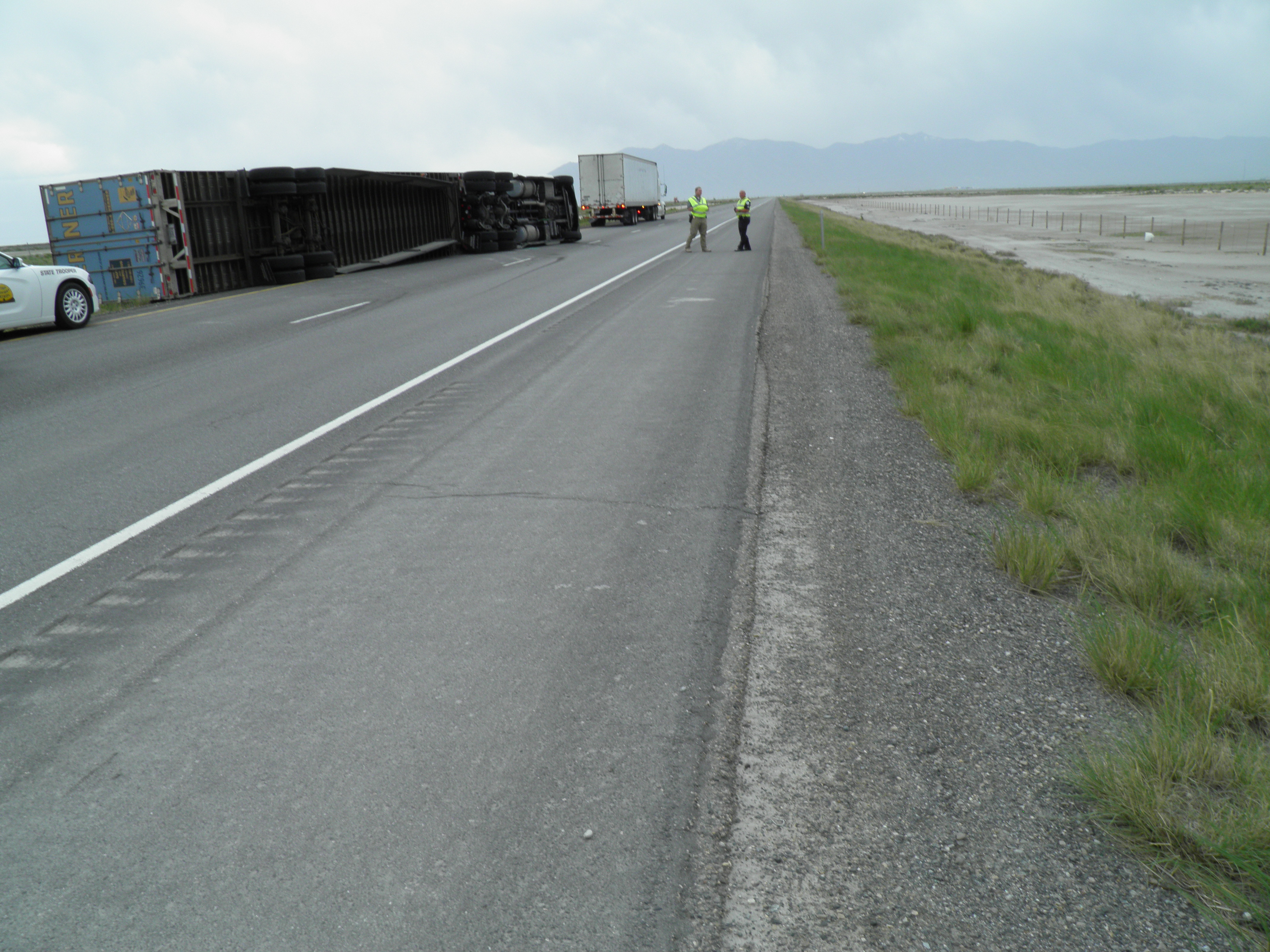 TOOELE COUNTY, Utah — Traffic was diverted for about two hours Friday after the wind knocked over two semi-trailers on I-80 in Tooele County.

According to the Utah Highway Patrol, two eastbound semis were near mile post 84 on I-80 when both were blown over within about 5 minutes of each other around 5:15 p.m.

The pair of semis blocked the highway for about two hours until one truck was removed to allow a single travel lane to reopen.

Police said there were minor injuries after the pair of crashes, and a small amount of engine oil was also spilled.

Strong winds were expected to complicate travel conditions on I-80 and several other major roadways in Utah this weekend, according to the National Weather Service.

Issues are expected to be most prevalent for east-west travel on I-80 and I-84, and there may also be issues along Highway 50 and Route 6 near Delta.

Watch News at Nine Friday for the latest on weather conditions from chief meteorologist Brett Benson. Track weather in real-time with our interactive maps and radar.