WEBER COUNTY, Utah -- A man is facing aggravated murder charges after his wife was found dead in a Weber County home during a four-hour SWAT standoff Sunday afternoon.

Authorities are investigating the incident as a homicide.

Officials said the incident began when police received information a man had possibly, "hurt or killed his wife."

At 8:40 a.m., Weber County Sheriff's deputies and SWAT responded to a domestic situation near Huntsville at Lakeside Village, 6486 E. Highway 39.

There were no threats to other residents.

Police were unable to make contact with anyone inside the home.

Just after noon Sunday, the SWAT team went into the home where they found 60-year-old Deborah Biccum dead inside.

"The condo is being treated as a crime scene and that death investigation is underway," Weber County Sheriff's Lt. Lane Findlay said.

Findlay said the husband, 60-year-old Frank Biccum, was not at the home where the body was found.

Authorities found him a short distance away in another house.

"We got some information that he had access to, I don't know if it was a vacant condo or another condo that he had a code to, and so when they went down and made entry into that condo, that's where they found him," Findlay said.

Officials have not confirmed how the woman died.

According to the Weber County Sheriff's Office,  no official reports were made to law enforcement but statements and evidence indicate there was a history of domestic violence in the relationship. 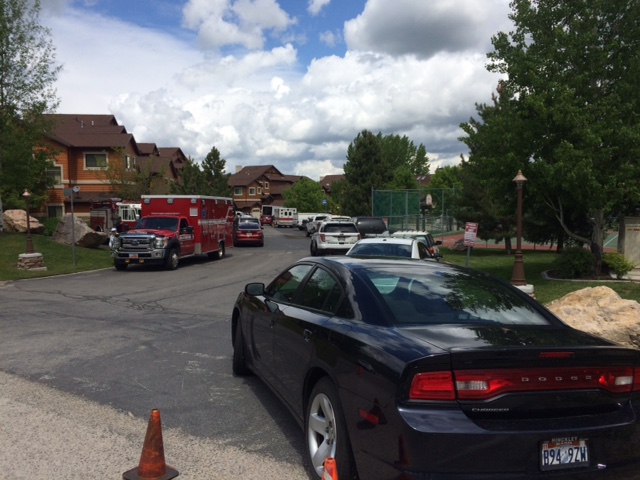