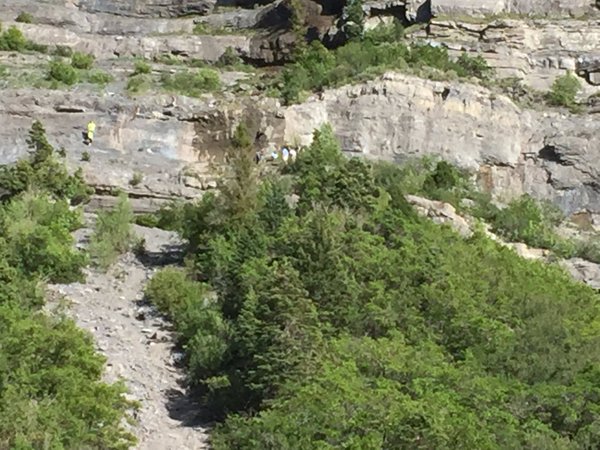 At about 6 p.m., Utah County search and rescue along with North Fork Fire Department responded to Provo Canyon where the boy was hit with a football-sized rock, according to the Utah County Sheriff’s Office.

It took a series of anchoring systems to lower the victim off the cliff, according to a tweet from Sgt. Spencer Cannon, spokesman for the sheriff’s office.

At about 9:24 p.m., Cannon tweeted, the boy was off the mountain and being taken to Utah Valley Regional Medical Center. He is currently in fair condition.