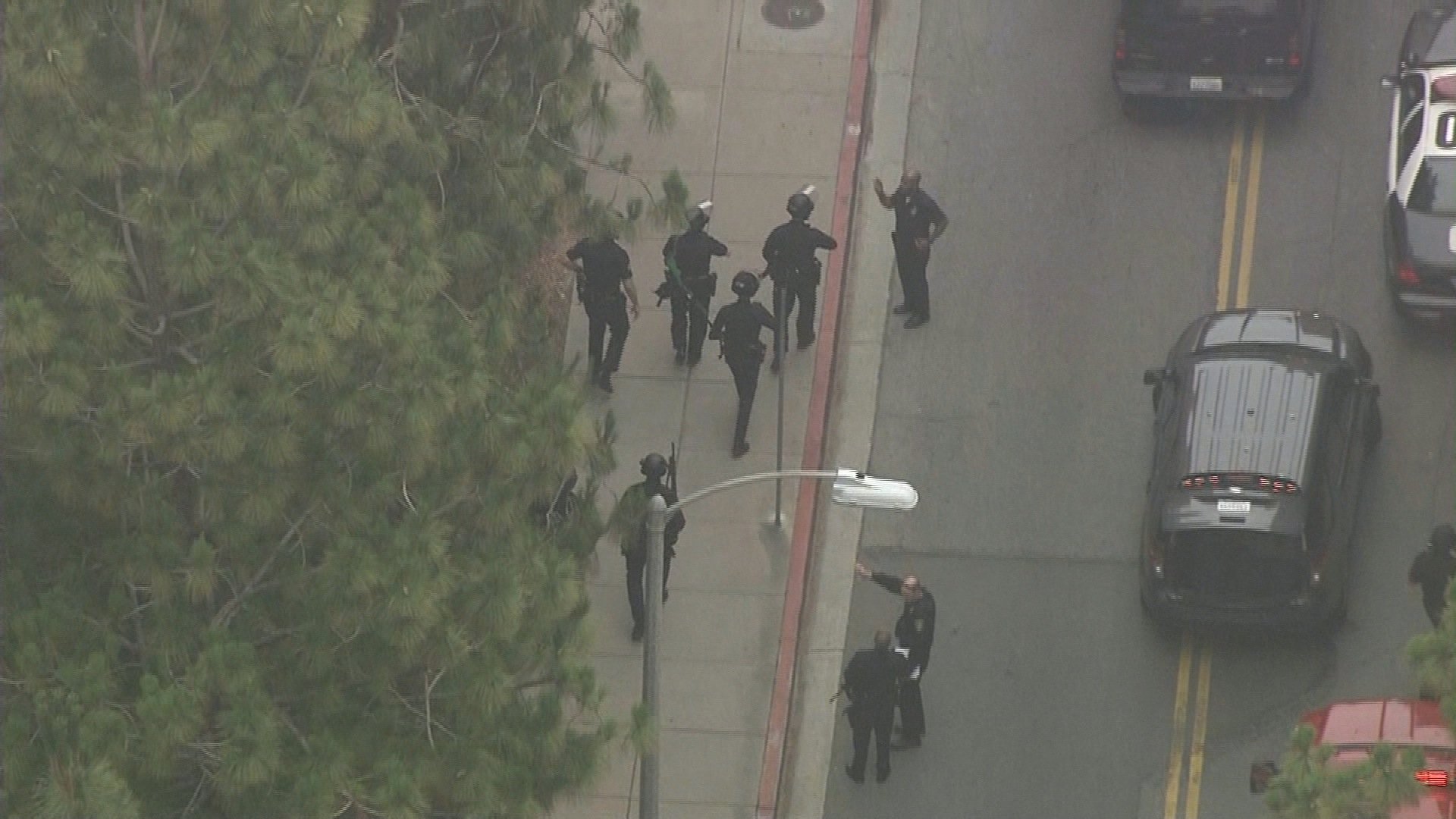 LOS ANGELES (CNN) — Mainak Sarkar, the gunman who opened fire in a murder-suicide at UCLA, left behind a trail of evidence that led investigators to another victim.

A woman found dead on Thursday in Brooklyn Park, a suburb of Minneapolis, was Ashley Hasti, CNN affiliate WCCO reported.

Hasti was Sarkar’s wife, officials in Hennepin County, Minnesota, said. Those officials did not confirm Hasti was the woman found dead.

Hasti and Sarkar married June 14, 2011, Hennepin County Communications Officer Carolyn Marinan said. It was unclear if they were still married at the time of their deaths.

“Kill list,” it said, spelling out the names of three people, according to Beck.

One of them was William S. Klug, the UCLA professor Sarkar killed.

A woman’s name, apparently Hasti, also was on the list. She had a gunshot wound and had apparently been killed before the UCLA shooting, Deputy Police Chief Mark Bruley told reporters.

The third person Sarkar intended to target was another professor at UCLA, Beck said. That faculty member was off-campus Wednesday and was unharmed, the police chief said.

Beck earlier told CNN affiliate KTLA-TV that “a dispute over intellectual property” was tied to the UCLA shooting, which put the campus on lockdown for hours Wednesday.

“Everybody tries to look for a reason for this. Well, first of all, there is no good reason for this,” Beck told the station. “This is a mental issue, mental derangement, but it was tied to a dispute over intellectual property.”

Sarkar felt the professor he killed had released information “that harmed him,” he told KTLA. “UCLA says this is absolutely not true. This is the workings of his imagination.”

It had been several years since Sarkar was a student at UCLA. He graduated in 2013 with a Ph.D. in engineering.

At some point in the past few days, Beck said, Sarkar drove from his home in St. Paul, Minnesota, to Los Angeles, armed with two semiautomatic pistols and multiple rounds of ammunition.

He went to his former professor’s fourth-floor office Wednesday and shot him dead with multiple rounds, then killed himself, Beck said.

Investigators who rushed to the scene found a note, according to the police chief.

Police are searching for the gray 2003 Nissan Sentra Sarkar drove from Minnesota to California, Beck said.

Inside, the police chief told KTLA, “there will be evidence that will help us unravel this.”

Authorities don’t have any evidence suggesting that Sarkar committed additional crimes on his way from Minnesota to California, Beck said. But that’s something the police chief says they’re investigating.

“Of course, that is one of the reasons we want to find the car,” Beck said, “to see where that will lead us.”

‘Our entire UCLA family is mourning’

Sarkar was listed on a website for Klug’s research group at UCLA, and an online abstract of his dissertation listed Klug as his adviser.

UCLA Chancellor Gene Block described the mechanical and aerospace engineering professor as “a respected, dedicated and caring faculty member” in a statement Thursday.

“Our entire UCLA family is mourning,” he said.

A friend of Klug’s fought back tears as he described the father of two to CNN affiliate KCBS-TV.

“It’s hard to even fathom,” Lance Giroux said. “To have your son grow up without a dad, it’s rough.”

The professor was a proud coach of his young son’s baseball team, friends told KCBS.

“(He was) always very positive. Kids loved working with him because he was such an easy coach to work with,” Giroux said.

Klug’s research group focused on theoretical and computation biomechanics, according to the university.

He received his undergraduate degree at Westmont College, then obtained a master’s degree at UCLA and a Ph.D. from Caltech.

“Though the path to healing is long, we will make the journey together,” Block said Thursday in his message to the campus. “Let us remember and be grateful for the wonderful gifts and talents professor Klug shared with us.”

Los Angeles police said it got a call about the shooting around 10 a.m. PT Wednesday.

Officials put the campus on lockdown as authorities investigated. Throngs of police with long guns patrolled the streets of the campus of more than 40,000 students.

UCLA’s engineering building is in the middle of a densely populated part of Los Angeles.

The situation was contained shortly after noon, the police chief said. He said the shooting took place in a small office in the engineering building.

It was a jarring, tense time for the university’s students. To protect themselves, some blocked doors with printers, according to a picture on Twitter.

Freshman Teddi Mattox said she was in a cafeteria getting breakfast along with about 100 other students when the shooting occurred.

“We got the alert and a woman said, ‘This is not a joke, everyone get to the back of the dining hall because we have to stay away from the windows,’ ” she said.

UCLA officials said they will review all campus safety procedures.

“We’re pleased in the way notification went out, troubled by some reports of unlocked doors, but we want to review everything,” said Scott Waugh, UCLA’s executive vice chancellor and provost.

UCLA also extended counseling services over the next few days for students who may be in need, Waugh said.

Final exams are scheduled for next week, with graduation set for June 10.

Classes resumed for most of the university Thursday. At the engineering school, where the shooting occurred, classes will resume Monday, officials said.