Suspect in Magna mom’s death in serious condition, another arrested

SOUTH JORDAN, Utah - A suspect in the death of a Magna mother is in serious but stable condition after officers shot him during an altercation overnight.

Officers from the Unified Police Department went to a home in South Jordan looking for 26-year-old Jason A. Black at 10 p.m. Thursday.

Police obtained a search warrant for that home after investigating the death of 24-year-old Natalia Casagrande, who was found dead inside a basement in her Magna home earlier this week. Police said the suspects knew the victim, and they say Casagrande was actually expecting Black when he came to her home.

Black's father answered the door when officers arrived to execute the warrant, and he told police his son was inside. The suspect appeared at that point and confronted police.

"They located him in a hallway of the home, and Mr. Black brandished a firearm. Mr Black was struck several times by gun fire from officers," Salt Lake County Sheriff Jim Winder said.

Black was taken to a hospital in critical condition but was later upgraded to serious but stable condition. No officers were injured.

According to a statement of probable cause, the woman was observed driving the vehicle that Black took to and from the scene of the homicide. She waited in the car during the alleged crime. A vehicle matching the description reported by witnesses was recovered at the home.

The PC statement also indicates Sanchez-Mendoza rented a room for Black and bought clothing for him after the alleged robbery and homicide, and at no point did she contact law enforcement. She was booked into jail on one count of aggravated robbery, a first-degree felony, and two counts of obstructing justice as second-degree felonies.

As Black was still in the hospital, booking and charging information for him was not available. Police provided a mugshot of the man from 2012.

The officer who shot the suspect is now on routine paid administrative leave. 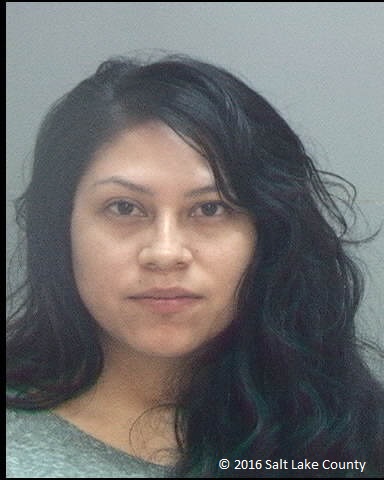