Two taken to hospitals after driver becomes unresponsive, rolls truck on I-84 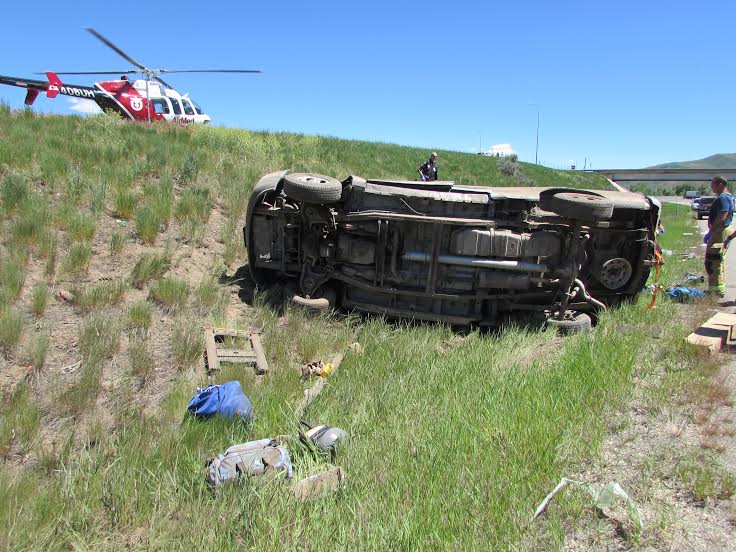 SUMMIT COUNTY, Utah — Two men were transported to hospitals Saturday after a rollover crash on I-84 in Summit County, and one of the men is in critical condition.

According to the Utah Highway Patrol, the crash occurred just after 2 p.m. as a pickup truck traveling eastbound left the roadway near mile marker 115.

The truck crossed the median and westbound lanes before rolling and coming to rest on the westbound off-ramp.

The driver, a man believed to be in his 50s, was flown to University of Utah Hospital with critical injuries.

The passenger, a male coworker, was taken to McKay Dee Hospital in Ogden via ground ambulance. His condition was not provided by UHP.

The passenger told authorities the driver has a history of health issues and was unresponsive just prior to the crash.