SALT LAKE CITY - A man and his cat were rescued from a three-alarm apartment fire in Salt Lake City, Monday morning.

At about 8:37 a.m., fire crews responded to the three-story 18-unit building at 1156 S. Foothill Drive. When firefighters arrived on scene, flames were shooting from the structure in front of Cory Walsworth’s condo.

Walsworth said fire crews knocked down the flames coming out of the unit next door before they made the rescue.

“…I opened the window and he said, ‘I’m going to bring you out the window, we’re not going to take you out the front door,’” Walsworth recalled of the firefighter. “He made sure that I got out of the window alright. I mean it’s a little nerve-racking to go out of a two and half-story window with fire next to ya.”

Walsworth was uninjured. His cat, that was also rescued, sustained no injuries.

Four units burned from below and two have water damage from above.

Officials say the cause of the blaze was a cigarette that ignited on the outside porch on the third floor. Flames then spread to the units below. Cost of damage is between $500,000 and $750,000.

Jasen Asay, spokesman for Salt Lake City fire, said there were no civilian injuries. One firefighter sustained a minor shoulder injury was taken to the hospital for evaluation. 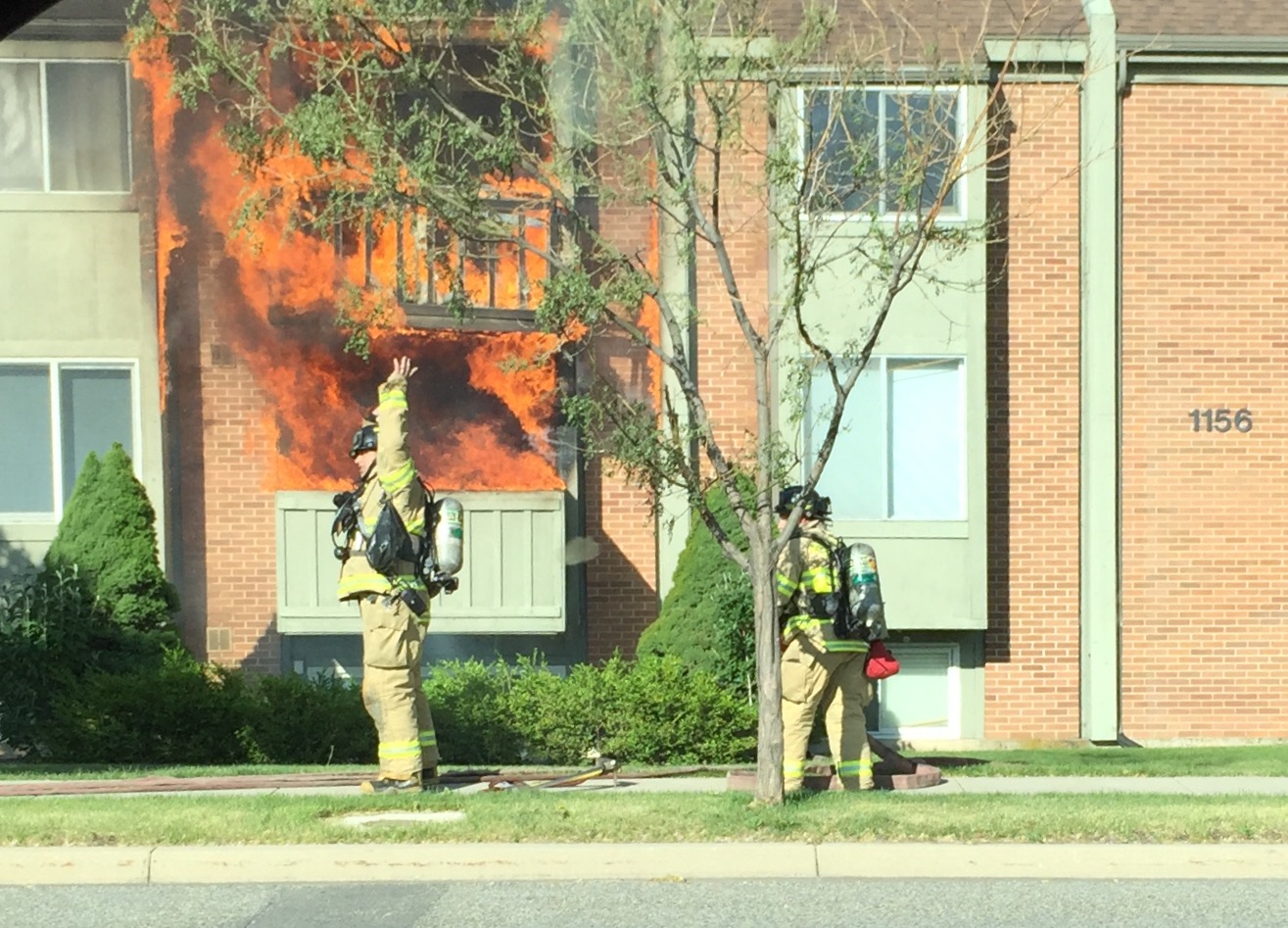