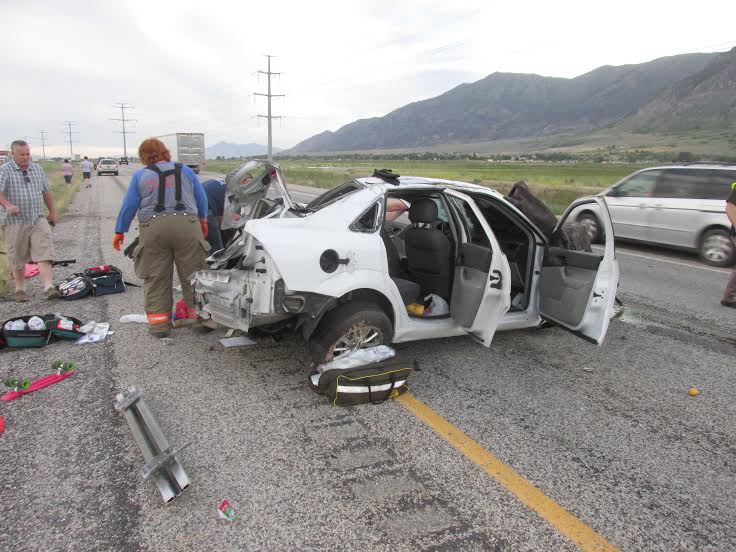 At about 8 p.m., Alexis McCashland, 19, was driving south in a 2007 Ford Focus when she lost control of her car near mile marker 370, according to Utah Highway Patrol.

Witnesses told authorities the teen was passing another car in the left lane when she drifted onto the rumble strip, over-corrected and swerved back to the right, UHP states.

McCashland attempted to gain control, but, UHP states, her vehicle continued to swerve back to the left and off the roadway into the median.

The teen’s car then struck the cable barrier, overturned and crossed the cable. McCashland’s vehicle rolled several times and finally came to rest on its wheels in the left northbound lane.

Despite wearing a seat belt, UHP states, McCashland appears to have succumbed to internal injuries.