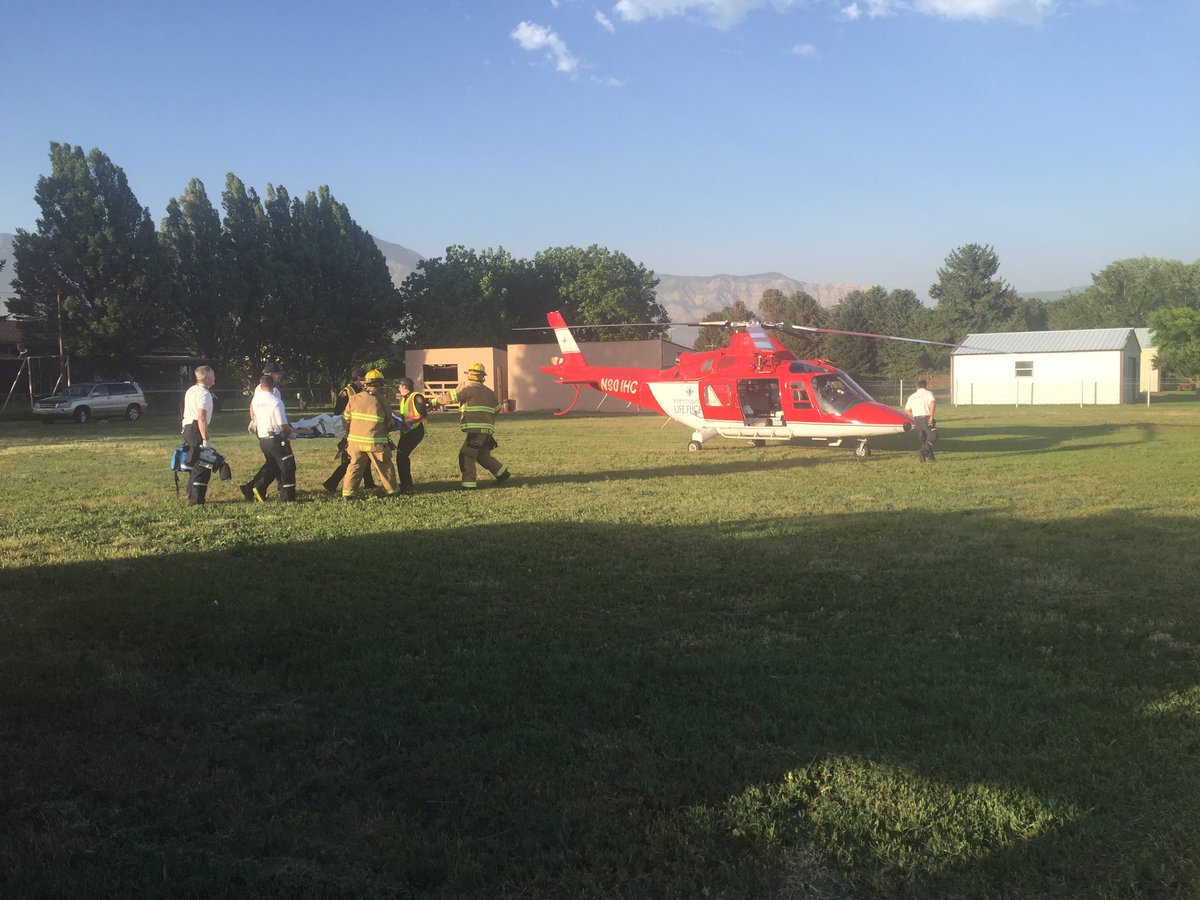 PLAIN CITY, Utah — A man and woman were injured after a car rolled several times and destroyed two fences in Plain City Wednesday.

According to the Weber County Sheriff’s Office, the crash occurred as a Mazda sedan lost control in a curve at 3100 West 1975 North. While it is not clear when the crash occurred, police first tweeted about the incident at about 9:20 p.m.

The 28-year-old man driving the car was airlifted to a hospital in Salt Lake City to be treated for a possible broken neck.

A 26-year-old female passenger was also injured, and she was taken to a hospital via ground ambulance.

The parties involved have not yet been identified. FOX 13 News will have more information as further details emerge.