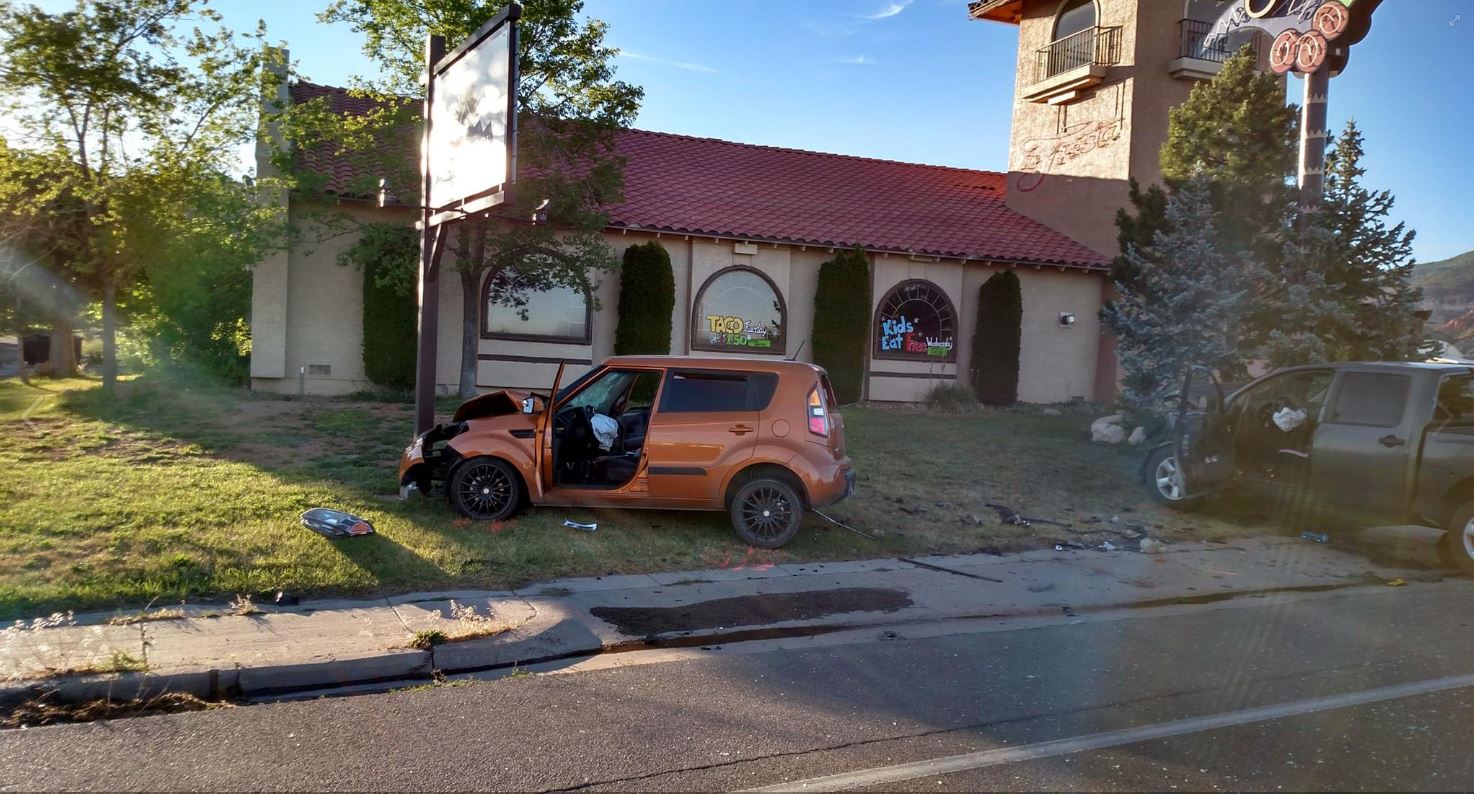 CEDAR CITY, Utah — One man is dead and a woman is in serious condition after two vehicles collided on Main Street in Cedar City early Saturday morning.

According to the Cedar City Police Department, the crash occurred around 6 a.m. in the area of 900 North and Main Street.

A Kia Soul was traveling south when another vehicle pulled onto Main Street in front of the Kia. The driver of the Kia veered into the northbound lanes, where it collided head-on with a Nissan pickup truck.

The driver of the Kia, a 42-year-old man from Cedar City, suffered serious injuries in the crash and was declared dead at the scene after efforts to revive him were not successful. The man was not wearing a seat belt when the crash occurred. Police have not released the man’s name.

The driver of the pickup truck, an adult female, was taken to a nearby hospital with serious injuries.

Police said there have not been any criminal charges filed at this point in the case, though the details will be forwarded to the Iron County Attorney for review.