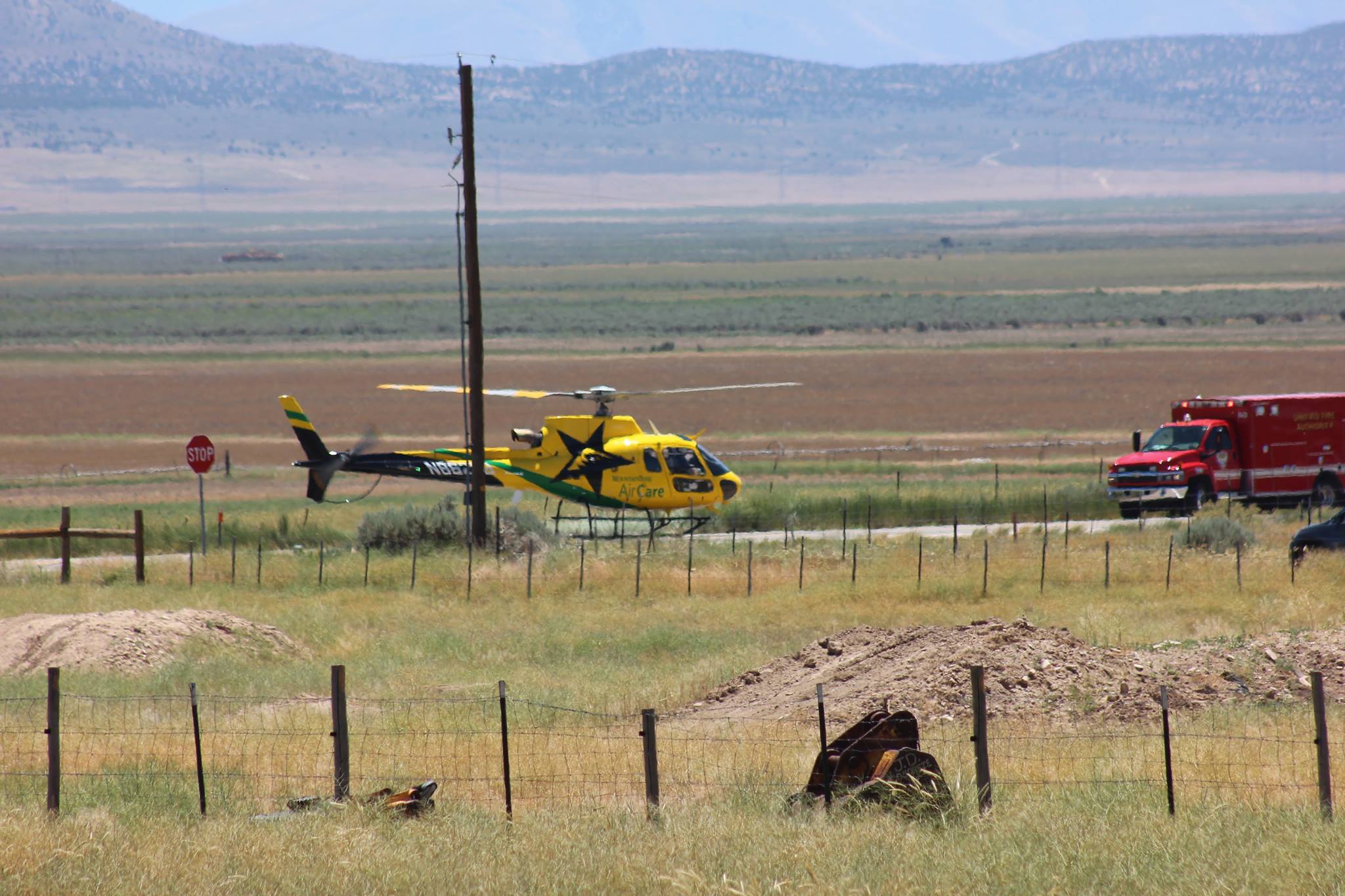 UTAH COUNTY — A deputy who pulled over a speeding vehicle in Utah County Sunday discovered an injured woman inside, and he learned that woman was wanted on a warrant and another passenger in the car had methamphetamine.

Sgt. Spencer Cannon with the Utah County Sheriff’s Office said things began around noon when a deputy made a traffic stop on speeding vehicle on SR-73.

A Dodge pickup truck was allegedly traveling 89 mph in a 55 mph zone while passing other cars unsafely.

One of the occupants was a 46-year-old woman who was injured in an ATV accident in the nearby 5 Mile Pass Recreation Area, and she had multiple injuries including a fractured femur and possibly a broken hip and collar-bone. The driver and passenger told police they were taking the woman to a hospital.

The deputy discovered the woman, later identified as 46-year-old Tammy Lyn Huish of West Jordan, had a warrant out for her arrest. The warrant was for a felony theft charge out of Third District Court in Salt Lake City.

The deputy also observed several open containers of alcohol in the truck along with a glass pipe containing what appeared to be methamphetamine. The male passenger, 47-year-old Gary Glenn Winham of San Bernardino, California, told police the items were his. He was arrested and booked into the Utah County Jail on drug and alcohol related charges.

Cannon said based on the severity of Huish’s injuries, the woman should have called 911. Authorities speculate she declined to do so due to the outstanding warrant and the presence of drugs among those in the group.

Huish was taken by medical helicopter to a hospital in serious condition. Utah County Sheriff’s Office states in a press release that, because of her injuries, she was not arrested for the outstanding warrant.

The driver of the vehicle, 56-year-old Ronald Holland of West Jordan, was cited for allowing an open container of alcohol in his vehicle. He was not arrested.