The best and worst states to raise children 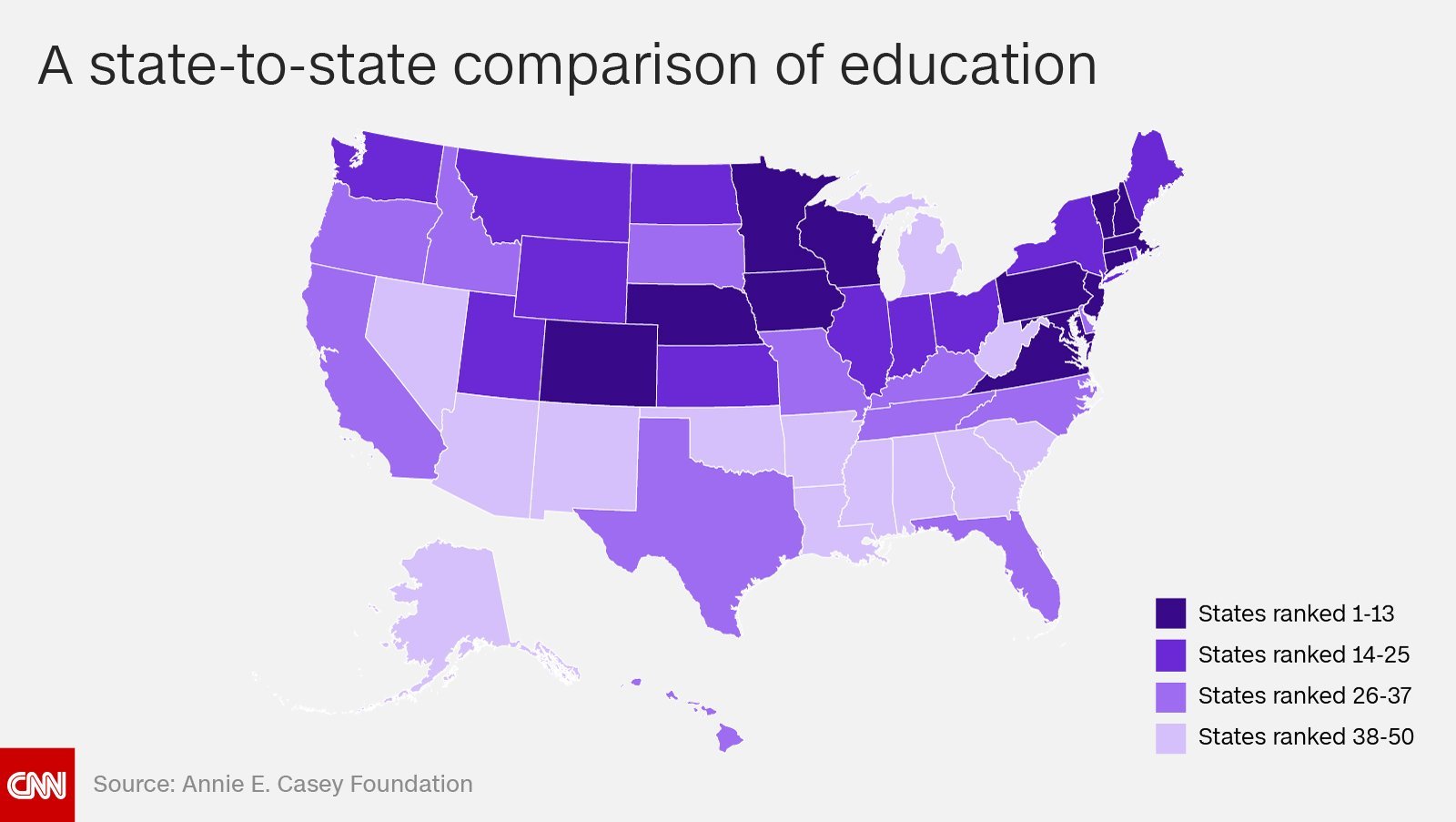 Minnesota reigns as the most kid-friendly state to raise a family for the second year in a row, according to an Annie E. Casey Foundation study released Tuesday.

Parents in Mississippi and New Mexico, however, might find reason for concern as those states rank among the lowest.

The foundation’s Kids Count Data Center tracks ethnographic data in all 50 states to gauge the well-being of children across the nation, focusing on factors that affect the way children grow up.

They use a carefully developed methodology to tally each state’s composite score in four main categories: Economic and health conditions, education and quality of communities.

The Northeast region took most of the top billing overall, though the study notes vast improvement in the Midwest over the past 10 years that’s seen those states to compete for higher ranks.

The poorest states — mostly in the south, according to the study — consistently score the worst. This year followed suit.

These states joined Minnesota at the top of the overall list:

These states rounded out the bottom of the list:

New Mexico had the highest rate of children in poverty — 30 percent across the state, according to the study.

The Data Center considers children to be in poverty if they’re under 18 and their family’s annual income falls below the U.S. Census Bureau poverty line that’s set just under $24,000. The national average leveled at 22 percent of kids in 2014, according to the study.

Comparatively, just 15 percent of kids in Minnesota fall below the poverty line.

The foundation found that 58 percent of kids in Puerto Rico are considered to be in poverty, though the U.S. territory was not qualified in the study’s overall ranking.

Other notable findings from the study include:

— Ten percent of Mississippi teens aren’t in school and not working, which is more than double Minnesota’s rate; and a third of Mississippi high schoolers don’t graduate on time.

— Only 23 percent of fourth graders are considered proficient at reading in New Mexico—that’s 12 percent lower than the national average.

— Massachusetts had the lowest percentage of 8th graders not proficient in math in 2015 at 49 percent. Alabama, in contrast, had the highest rate — 83 percent.

— Nationally, 6 percent of children lacked health insurance in 2014. That’s a 40 percent improvement from 2008.