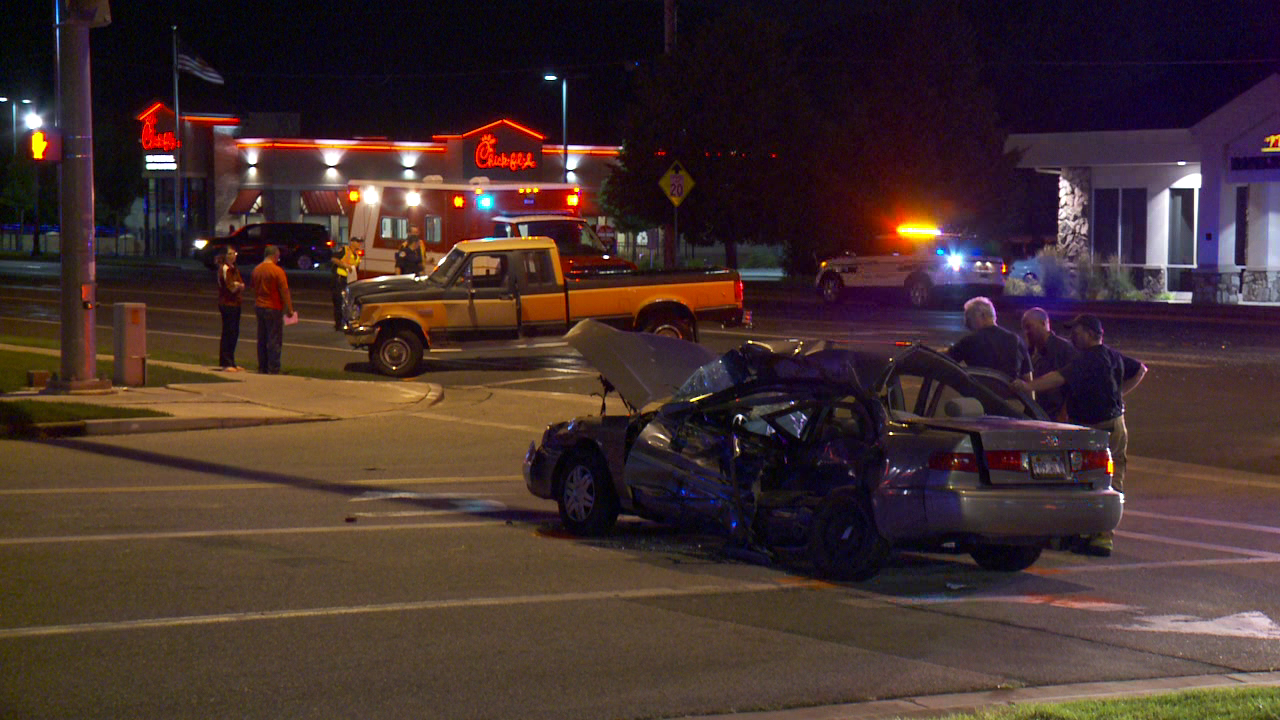 LAYTON, Utah – A woman was killed in Layton after two vehicles collided in an intersection late Tuesday night.

Layton City Police said it appears one of the two vehicles involved in the crash ran a red light at the intersection of 700 West and Antelope Drive, but at this point it’s still unclear which driver is at a fault.

“The truck hit broadside into the sedan, and there was a lot of intrusion into that car,” said Sgt. James Petre of Layton City PD.

The woman driving the sedan was taken to a nearby hospital, where she died due to her injuries. She was later identified as 36-year-old Cindy Smith of Syracuse.

The driver of the truck, a teenage girl, was also taken to a hospital to be checked out but is expected to be OK.

The two drivers were the sole occupants of their respective vehicles.

Police do not believe drugs or alcohol were factors in the crash. The cause remains under investigation.