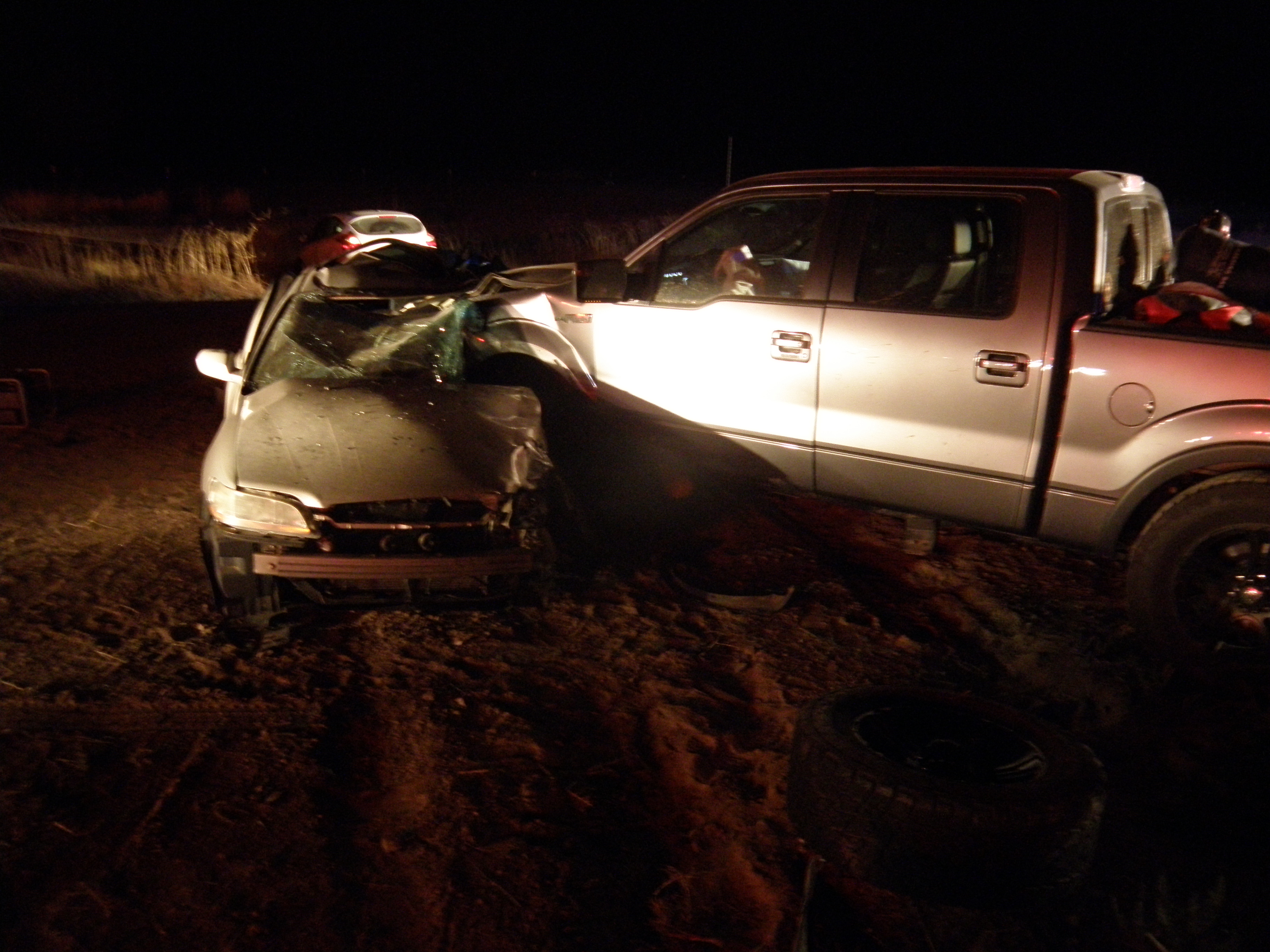 GREEN RIVER, Utah — A woman is dead and a teenage girl suffered a broken nose after a crash involving four vehicles Friday night on State Route 6.

According to the Utah Highway Patrol, the crash occurred about 4 miles west of Green River on State Route 6 near mile marker 298 around 8:47 p.m.

A Jeep Wrangler was traveling eastbound when, for an unknown reason, the left rear rim and tire separated from the axle and rolled into the westbound lanes.

A Ford pickup truck towing a boat and traveling westbound in the area swerved to avoid the tire. The truck swerved away from traffic while trying to avoid the wheel, and a witness said the truck was forced back over the center line and into oncoming traffic by the heavy boat and trailer.

The truck struck an eastbound Honda Accord, sending the car off of the highway and onto the eastbound shoulder. An eastbound Ford Focus behind the Accord then sideswiped the truck.

“I definitely feel bad for the driver [of the truck],” said Cameron Romig, who was driving the Focus. “He couldn’t have done anything to avoid the crash, he was trying to protect his family, and the boat was dictating the way the truck was moving.”