One dead, two seriously injured after crash near Strawberry Reservoir 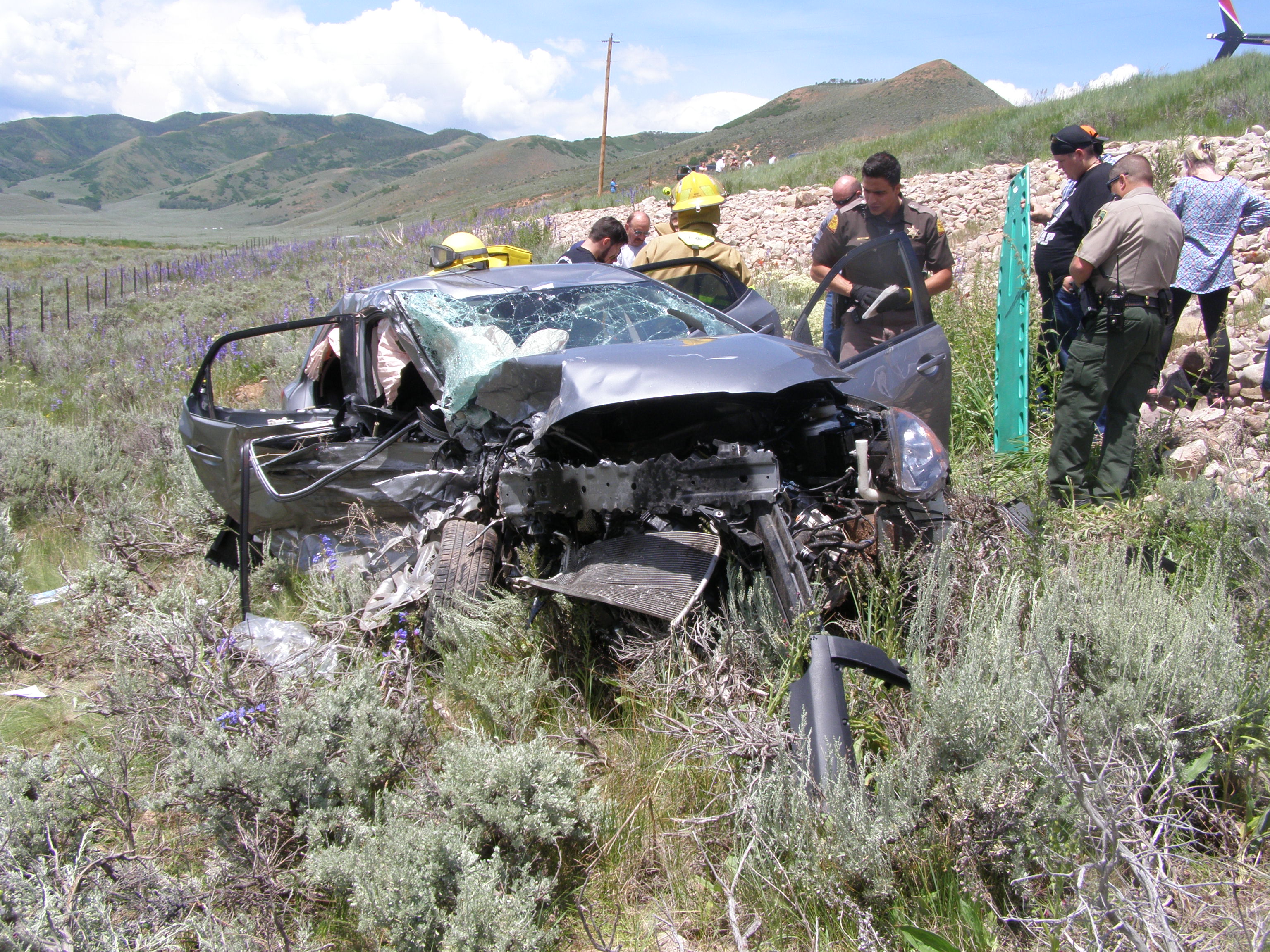 WASATCH COUNTY, Utah — A teenage boy is dead and his mother is in serious condition after a crash near Strawberry Reservoir, and authorities expected SR 40 to remain closed in the vicinity into Sunday evening.

According to the Utah Highway Patrol, the crash occurred around 1:30 p.m. near mile marker 45.

A Mazda2 was westbound and attempted to pass another vehicle, despite being in a no passing zone. When the driver saw another vehicle in her path, she tried to swerve but ended up striking the Infiniti head-on before continuing down an embankment.

The driver of the Mazda, 44-year-old Tammy Johnson of Bountiful, suffered serious injuries in the crash and was taken to Intermountain Medical Center via helicopter.

Hunter Johnson, 17 of Bountiful, was a passenger in the car and suffered fatal injuries. The teen is the driver’s son.

The other vehicle was occupied by two people, one of whom suffered a broken arm and was taken to a hospital via ground ambulance. A passenger,  32-year-old Tess Kooring of Salt Lake City, suffered serious injuries and was flown to University of Utah Hospital.

All occupants are believed to have been wearing seat belts.