Dallas shooting victims: Who are the slain officers? 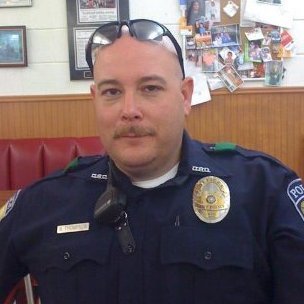 (CNN) — Brent Thompson, a Dallas Area Rapid Transit officer killed during the unrest in Dallas, was the first officer to die in that agency’s line of duty.

“Brent was a great officer,” said James Spiller, police chief of DART. “He was an outstanding patrol officer as well as a rail officer. We have the highest respect for him.”

Spiller and Gary Thomas, DART’s president/executive director, talked about Thompson and the violence in Dallas in appearances Friday on CNN’s “New Day.”

Twelve officers were shot — five are dead and seven injured — in the attack downtown, the mayor’s office said. The violence came amid protests over the deaths of two African-American men by police officers in Minnesota and Louisiana.

Four of the other slain officers were with the Dallas police.

A police trainer in Iraq, Afghanistan

Thompson, 43, a nearly seven-year veteran of the transit force, got married in the last two weeks, Spiller said. His spouse was a fellow transit officer

“He was in great spirits from his recent marriage,” Spiller said.

According to Thompson’s LinkedIn profile, he was “motivated by a ” ‘Team’ atmosphere.”

“I enjoy working on challenging tasks and problem solving with my peers. I am constantly looking for different ways to serve the department, this helps to keep my work from becoming sedentary and boring,” the officer said in his LinkedIn summary.

Thompson was an international police liaison officer for DynCorp International for nearly five years, starting in 2004, his profile said.

“My last position as an IPLO was Chief of Operations for Southern Iraq. I was responsible for the day to day operations conducted by our American police officers who trained and mentored the Iraqi Police,” he said on his profile.

He was in southern Afghanistan as well, according to the profile, where he was a “Team Leader” and “Lead Mentor” to the “Southern Provincial Police Chief.”

“In all locations we mentored and taught our Iraqi/Afghan counterparts democratic policing, and assisted in the establishment of the police department in these locations.”

“He was a dedicated officer, dedicated to the safety of Americans, all over the world certainly,” he said.

According to his LinkedIn profile, Thompson lived in Carrollton, Texas. Spiller said Thompson hailed from Corsicana, Texas, south of Dallas.

According to his LinkedIn profile, Thompson attended high school there and taught at Navarro College Police Academy, also in Corsicana.

Patrick Zamarripa was a U.S. Navy veteran who was deployed to Bahrain as part of the Iraq War effort, military records show.

He was the father of two children and greatly loved by his own father, Rick Zamarripa.

“If you needed help, Patrick would offer you to help and even if he couldn’t do nothing, he would offer it to you. My son — he was — since day one, since he was born he was my little hero and he is a big hero. He’s a big hero now.”

His brother shared a photo on Twitter with the caption: “Love you brother. Couldn’t be prouder. We’ll see you again. #PrayForDallas.”

Michael Krol: Dreamed of being officer

“He got into law enforcement and worked really hard to be a police officer. He spent some time at the correctional facility. It wasn’t quite what he was looking for, so he worked pretty hard to find a job and got one in Dallas,” Ehlke said.

The sheriff’s office issued a statement: “We are saddened by the loss of the dedicated officers in Dallas—one of whom was a former member of this agency—and also the wounding of the other officers. Those officers made the ultimate sacrifice and died honoring their oaths to protect and serve. Our thoughts and prayers go out to their families and also the Dallas Police Department.”

“I had the honor of working with Lorne at LASD’s Lennox Station in the early 1990s and at Lancaster Station in the late 1990’s,” Gunn told CNN. “I was a young deputy and he was a law enforcement technician, assigned to input and dispatch calls for service at both stations.

“He was the kind of guy that it made you happy when you got to work and saw he would be working the shift with you. You could count on him to do the right thing, the right way. He was a dedicated professional. He was well-grounded, seeing the world the way it really, is but not letting the evil in the world discourage him from doing good.”

The LASD posted this statement on its Facebook page: “Serving the LASD and the residents of Los Angeles County for more than 10 years from 1991 to 2002, Lorne left the Department as a Law Enforcement Technician on January 23, 2002, and officially began his service with the Dallas Police Department just two days later. …

“His colleagues today at the LASD are describing him as the type of person who always had a smile on his face and greeted you with kind regard. They said he was an incredible dispatcher who served the patrol deputies in the field well by always looking out for them and taking officer safety into account when dispatching calls for service.”