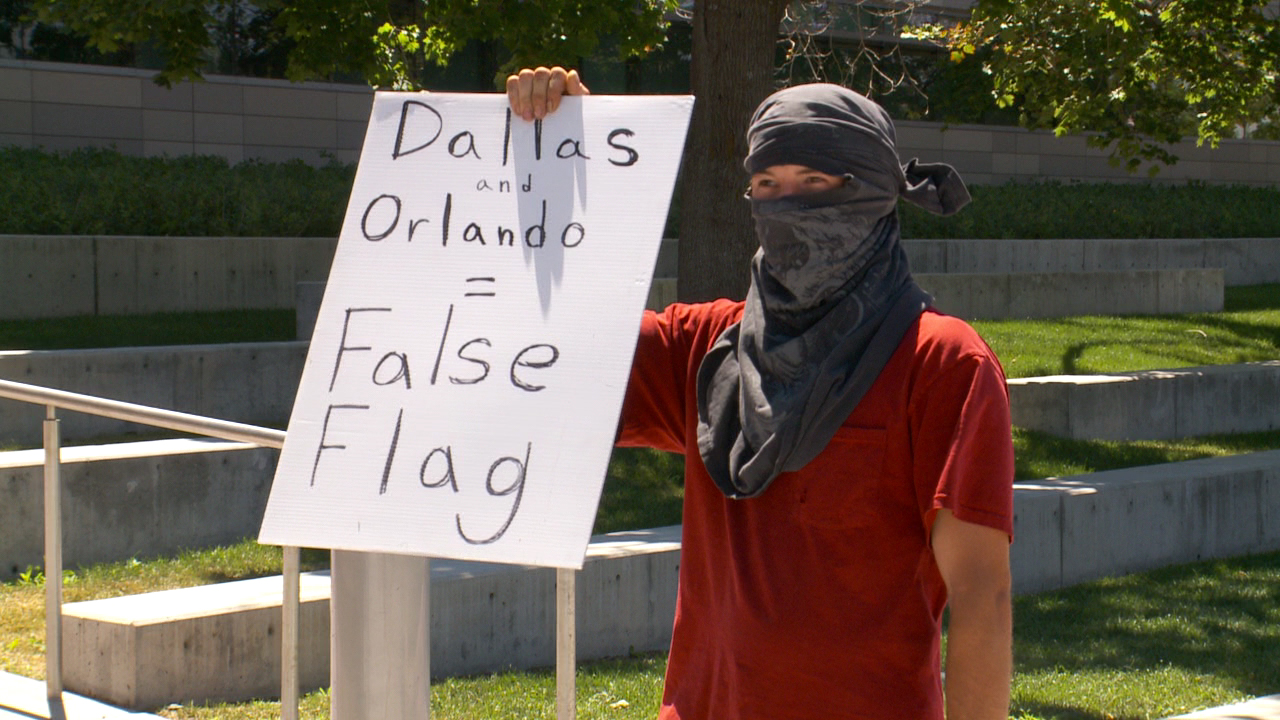 Chelsea Manzanaras helped organize the protest, which was held at noon at the police station, located at 475 South 300 East.

“Today we are standing in solidarity with the Black Lives Matter movement in light of the deaths of Alton Sterling and Philando Castile, and for the police officers who were senselessly murdered in Dallas,” Manzanaras said.

Manzanaras said accountability for police involved in fatal incidents is one of their main concerns.

“We just want our voices heard, we want justice,” she said. “We want peace within our communities. we want these murders to not go by unseen. These police officers need to be held accountable for their actions, and we want that accountability.”

The event included several speakers, and some held signs behind them while others formed a crowd at the base of the stairs. One of the opening speakers began by encouraging all in attendance to proceed peacefully.

“We’re not here to do a war against anybody, this is not a race against a race, this is us coming together as humans,” the man said. “If you have anger, if you want to do anything against anybody else other than having a peaceful demonstration, we ask you to peacefully walk away right now.”

The speaker went on to say they were here to peacefully support Black Lives Matter, their community, people of color and police officers. Another man who addressed the crowd reiterated a message of peace.

“We want to make sure that the police department knows that we come in peace, and that we’re here for peace,” he said. “All the stuff that has been going on, it definitely has to stop. It doesn’t make any sense for the individuals and their families to go through the things that they’ve gone through… And I’m speaking about this not just as a black male, but as anybody. As anybody’s son, anybody’s father, anybody’s brother.”

The group then took to the street, marching as a crowd for a short time. Their actions blocked vehicle traffic, prompting drivers to honk their horns. At one point a man driving a cement truck used an attached hose to spray members of the crowd. One protester climbed up and sat on the front of the truck, which went into reverse shortly after the man was seated.

Bradley DeNorris said the protest came together organically and spontaneously.

“Got together and marched in the streets just to let people know that all across the country people are outraged,” he said. “Doesn’t matter if you’re black, white, red, it doesn’t matter: We’re all humans, and we all have concerns about injustice and what power is and where power lays.”

DeNorris said he felt like a rally in a conservative state like Utah helps underscore another part of their message.

“I want people to know that this is a universal issue,” DeNorris said. “That even if you are conservative or liberal, or Democrat or Republican or Independent or a Libertarian: That we all have basic rights and want to maintain a certain dignity within our society. And so we are hoping to restore dignity to every human being, no matter the color of their skin.”