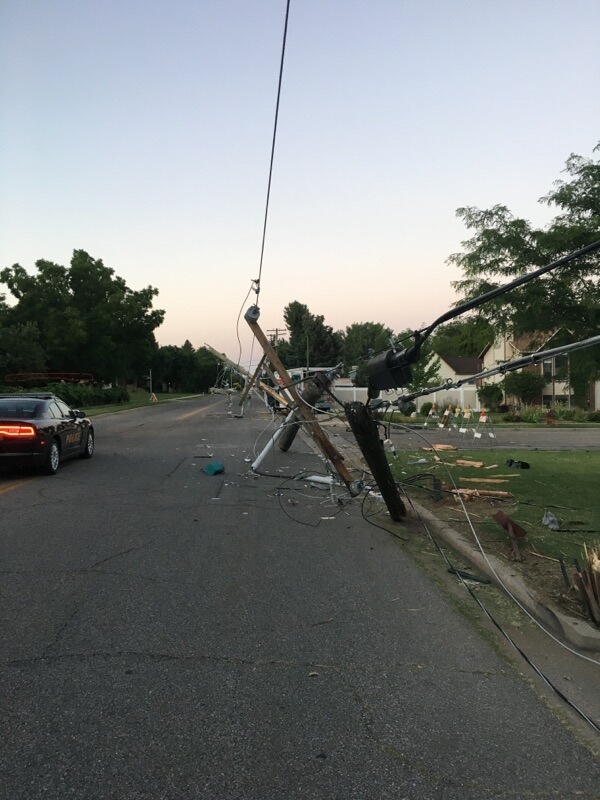 Officers responded to the crash at 3100 West and 5800 South at 2:59 a.m. When they arrived on scene, they found the vehicle had struck a power pole and was entangled in power lines, said Roy Police Detective Joshua Taylor. The occupants of the vehicle were not on scene.

Taylor said Rocky Mountain Power cut electricity in the areas between 6050 South to 4800 South and from 2700 West to 3500 West so crews could safely remove the truck from the lines.

About 2,114 customers were affected by the outage, according to the power company’s website. Approximately 160 remain without power. Estimated time of restoration is unknown.