Hundreds arrested in protests over shootings by police 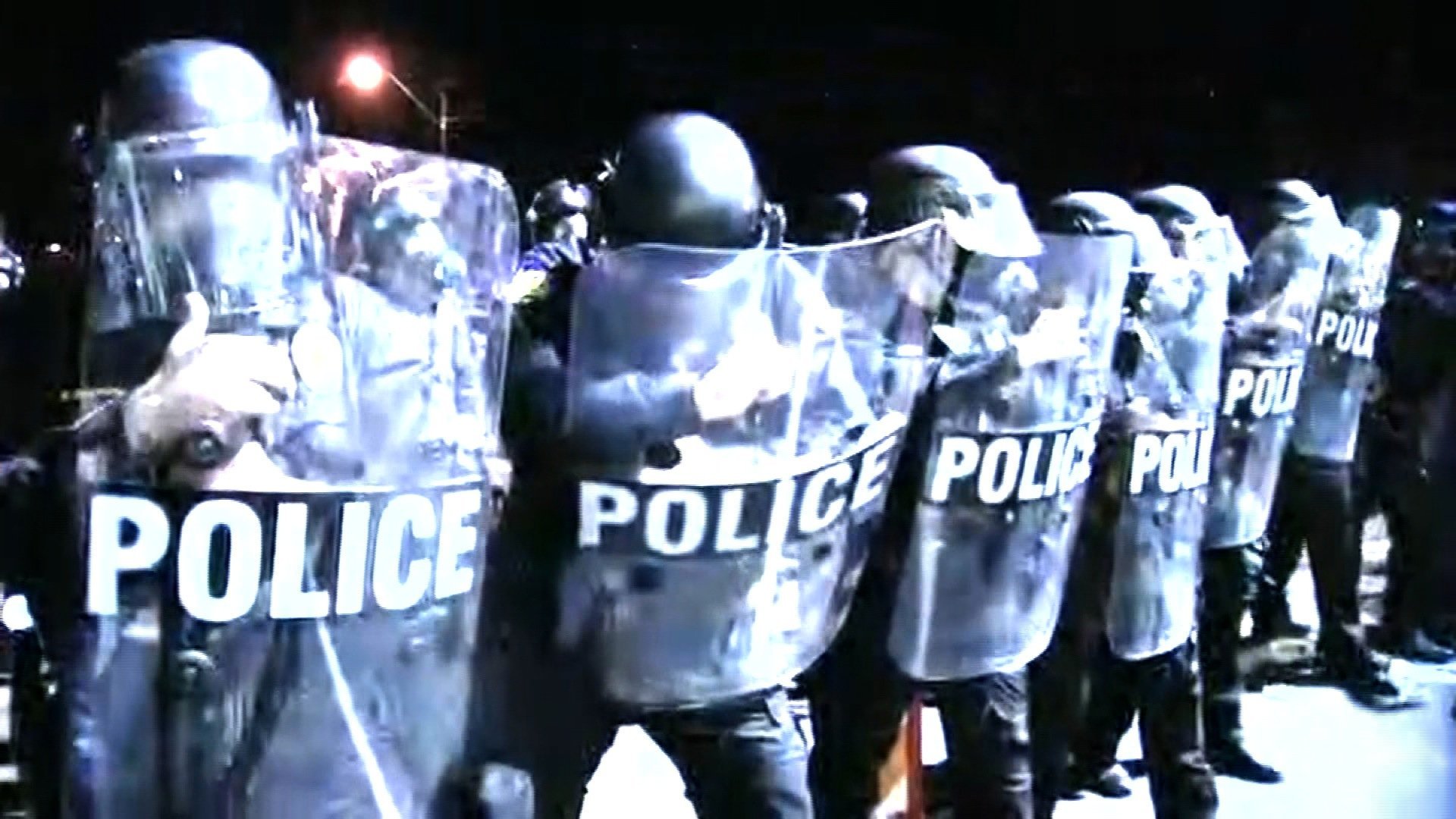 (CNN) — After another night of intense, and sometimes violent, protests against the police shootings of black men, hundreds of demonstrators were either in jail or waiting to get out Sunday.

At least 261 people were arrested in New York and Chicago and in St. Paul, Minnesota, and Baton Rouge, Louisiana, where two black men were shot to death by police. The killings have sparked several days of protests.

Black Lives Matter activist DeRay Mckesson, a public school administrator who is considered among the movement’s loudest voices, was among 125 people arrested Saturday night in Baton Rouge. Mckesson was protesting the death of Alton Sterling. Another 124 protesters were also arrested.

On Tuesday, Sterling, 37, was near a convenience store where he regularly sold CDs and DVDs. A homeless man approached him and asked for money, becoming so persistent that Sterling showed him his gun, a source told CNN. Police were called. Cell phone videos captured two officers wrestling Sterling to the ground and shooting him.

On Saturday night, Mckesson was walking along a major roadway and live-streamed his arrest for obstruction on Saturday on Periscope.

In St. Paul, about 102 protesters were arrested. They were demonstrating against the killing of Philando Castile, a school nutrition services supervisor. Last week, Castile was driving a car and was with his girlfriend, Diamond Reynolds, when they were pulled over for a broken taillight.

Reynolds posted a Facebook video of the aftermath of Castile’s shooting. Castile told the officer he was armed and had a concealed carry permit, she said. The officer asked him for his license and registration and as he went to retrieve those items, the officer shot him multiple times, she explains as the recording continues.

The killings have saddened and angered Americans of all racial backgrounds, and spurred thousands to march. There have been mostly peaceful demonstrations, including in Chicago, where three were arrested Saturday. Throngs protested in New York, where 20 people were arrested.

Demonstrations have unfolded in cities including Washington, Atlanta, Miami and Fort Lauderdale, Florida.

In Atlanta, a group of protesters on Friday confronted police over Interstates 75 and 85, then moved into the Midtown business district. A smaller protest was held Saturday. Eleven were arrested.

Marchers also took to the streets Saturday night in Miami, with police saying Interstate 395 was briefly shut down. A reporter for CNN affiliate WPLG tweeted that demonstrators had blocked a major thoroughfare.

In Fort Lauderdale, a large group of Black Lives Matter supporters walked to the Broward County Courthouse and then the county jail, where prisoners heard their shouts and tapped on windows in response, WPLG reported.

In St. Paul, however, scuffles broke out between protesters and police on Interstate 94.

At least five officers were injured by protesters — one hit with a glass bottle and another by fireworks, according to St. Paul police. One was hit on the head with a large piece of concrete, possibly dropped from a bridge, according to police.

Another officer had been hit in the head with a rock, though it is unclear the extent of the injuries. Police say a Molotov cocktail was thrown at officers.

As many as 200 people forced their way past Minnesota State Patrol troopers who were trying to block them from getting on the road. Approximately 50 of the 102 people arrested were collared at the freeway.

After hours of clashes, things appeared calmer and a cleanup began. Interstate 94 reopened at around 2:30 a.m. ET.

In Washington, during the third night of protests, a group marched peacefully through downtown Saturday night, chanting, “We young. We strong. We marching all night on.” They temporarily shut down Rock Creek Parkway.

About 400 people covered a city block as marchers moved across a large area of northwest Washington and headed toward the Georgetown neighborhood.

Hundreds of demonstrators took to the street in London Sunday to show support for the Black Lives Matter movement. Kicking off from Oxford Circus, London, at 10 a.m., crowds marched toward the U.S. Embassy chanting “No justice, no peace” and “Hands up. Don’t shoot!” Some roads were brought to a standstill.

One man in attendance, named Banditsu, told CNN: “Black lives matter, I’m tired of seeing my brothers and sisters becoming a hashtag. Every day I wake up another black person is dead, that’s why I’m here today. ”

Officers in the line of fire

The same week Sterling and Castile were killed, a gunman killed five police officers at a Black Lives Matter rally in Dallas.

Their killer was an Afghanistan war veteran, 25-year-old Micah Xavier Johnson from the Dallas suburb of Mesquite, Texas.

Police searched his home and found bomb-making materials, ballistic vests, rifles, ammunition and a personal journal of combat tactics. They are analyzing information in the journal, police said.

Johnson told police negotiators that he was upset about recent police shootings, that he wanted to kill white people — especially white officers — and that he acted alone, authorities said.

He served in the U.S. Army Reserve from March 2009 to April 2015, training as a carpentry and masonry specialist, according to Pentagon records. Johnson was deployed for about seven months in Afghanistan, from late 2013, and received an honorable discharge.

His rampage was the deadliest single incident for U.S. law enforcement since September 11, 2001. Two civilians also were hurt, the mayor’s office reported.

A police robot armed with a bomb killed Johnson.

Three other shootings, in Tennessee, Missouri and Georgia, have endangered police during rallies.

Black Lives Matter protesters condemned the Dallas killings, calling the attack on law enforcement a tragedy not just for those affected but also for the nation.

“Black activists have raised the call for an end to violence, not an escalation of it. (Thursday’s) attack was the result of the actions of a lone gunman,” the group said.

“To assign the actions of one person to an entire movement is dangerous and irresponsible. We continue our efforts to bring about a better world for all of us.”