Possible pipe bomb in SLC found not to be explosive, Redwood Road reopens 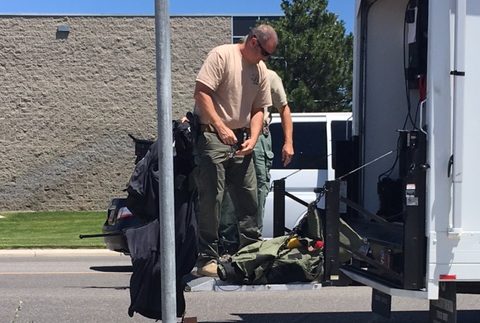 SALT LAKE CITY – A suspected pipe bomb discovered in a car in Salt Lake City was found to be not explosive, police confirmed Wednesday evening.

At about 2:20 p.m., Salt Lake City police stopped a vehicle at 1039 S. Redwood Road. One of the passengers said there was a bomb inside the car, police say.

The item on 1039 S.Redwood road was not an explosive device. Rdwd Rd. now open.

Redwood Road was closed in both directions between California and Indiana Avenues. The bomb squad assisted in the motor vehicle enforcement, according to a tweet from SLCPD. The road has since reopened.

Officers have two suspects in custody.