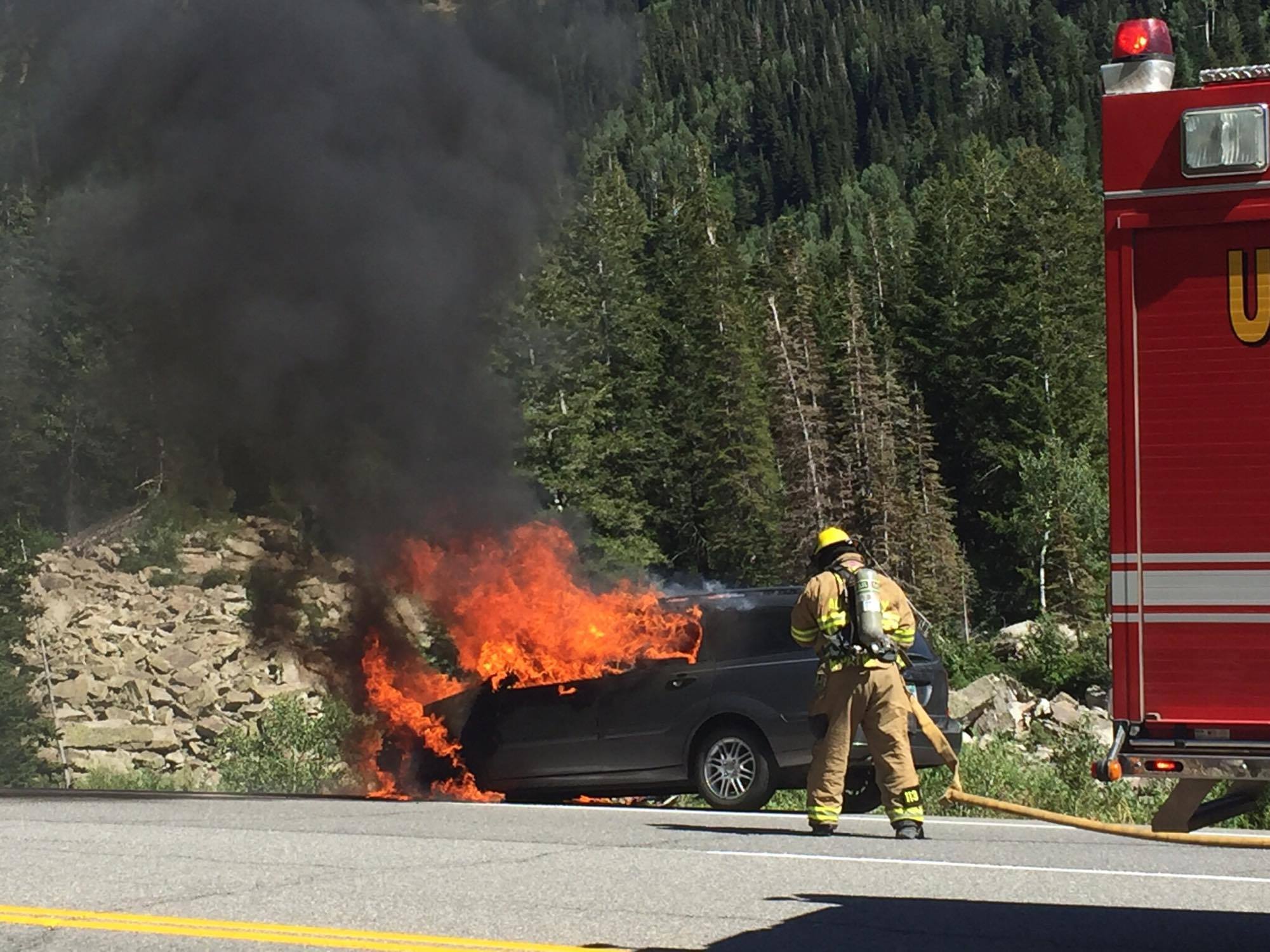 Eric Holmes, a spokesman for the Unified Fire Authority, said the car caught fire shortly after 4 p.m. as the vehicle was eastbound in the canyon.

All occupants made it out of the car safely. Traffic was brought to a standstill for about 20 minutes as a result of the fire.

Holmes said it was fortunate the fire didn’t spread to the nearby trees and brush. He said they suspect a mechanical issue was the cause.