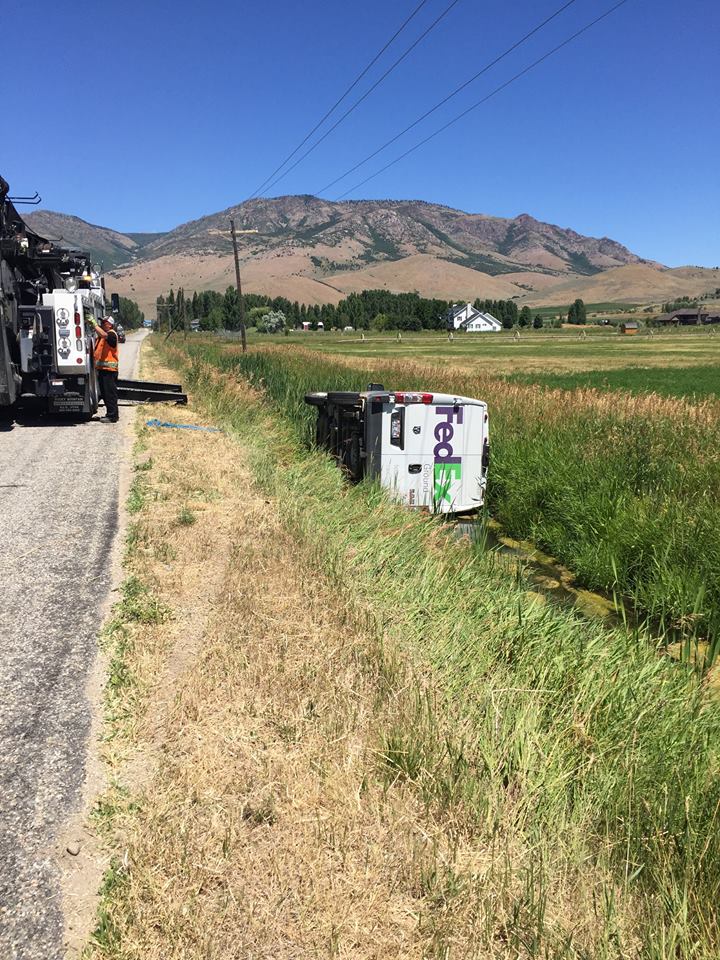 WEBER COUNTY, Utah — The driver of a FedEx vehicle was booked into jail on DUI charges after he crashed a van into a ditch in Weber County Tuesday.

According to the Weber County Sheriff’s Office, police responded Tuesday around noon to the area of 700 North 7800 East in the Ogden Valley.

Citizens had reported seeing a van speeding through their neighborhood, and a short time later there was a traffic accident involving a FedEx van that had gone into a ditch.

“Sure enough, the two calls were related,” police stated.

The driver of the van, identified by police as Curits Puzey, allegedly displayed signs of impairment and was given a field sobriety test. He later blew a .25 on a breathalyzer, which is more than three times the legal limit in Utah of .08.

Police located a Powerade bottle containing vodka inside the vehicle. Puzey was booked into jail on charges of DUI and open container.