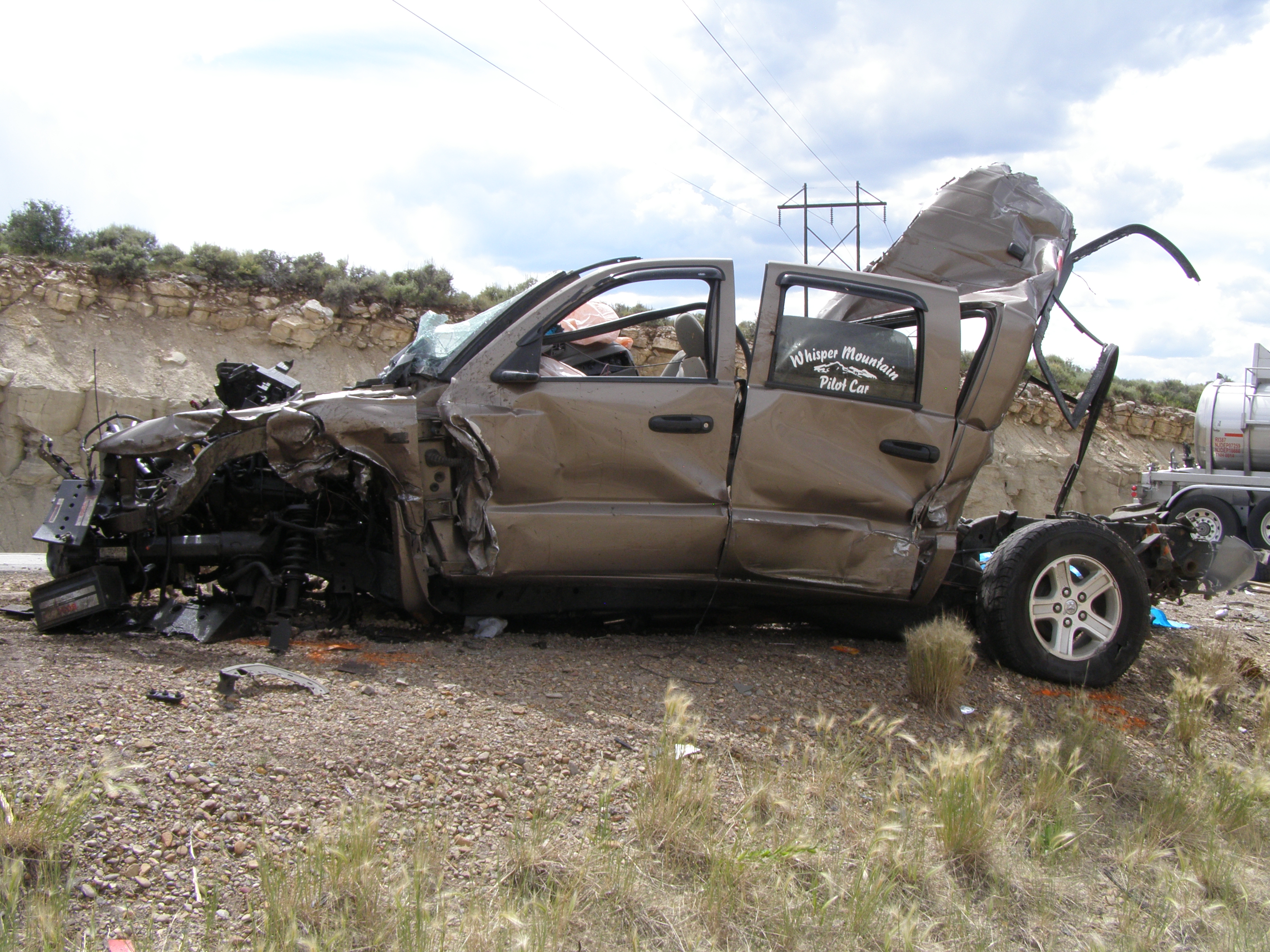 According to the Utah Highway Patrol, the crash occurred on SR-6 near mile marker 220 around 2:15 p.m Friday.

A vehicle with a wide load was traveling eastbound with two pilot vehicles serving as escorts. The driver of the rear pilot car, a Dodge Dakota, crossed over the center line and sideswiped a westbound Dodge Caliber.

After impacting the Caliber, the Dakota then struck a commercial water tanker style vehicle head-on.

The driver of the Dakota, Walton, died as a result of injuries suffered in the crash.

The two occupants of the Dodge Caliber suffered minor injuries.

The man driving the commercial vehicle suffered minor injuries and was taken to a hospital by ambulance.

A Ford Focus traveling behind the Dodge Caliber had to evade the crash. That vehicle sustained minor damage and none of the occupants were injured.

The cause of the crash remains under investigation, but at this time UHP said they do not believe impairment, distraction or excessive speed were factors.