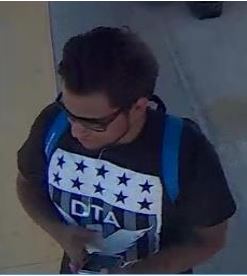 WEST JORDAN, Utah — Police in West Jordan are asking the public for help identifying a man who they believe was in contact with the victim of a recent homicide.

Steven Conlon, 29, was found shot to death outside of a home in West Jordan Wednesday, and Thursday police released photos of a man believed to have had contact with the victim.

West Jordan PD stresses the individual in the photos is not a person of interest or a suspect, but they stated they would like to speak with him about the victim. Anyone who recognizes the man or sees him should call West Jordan PD at 801-840-4000.