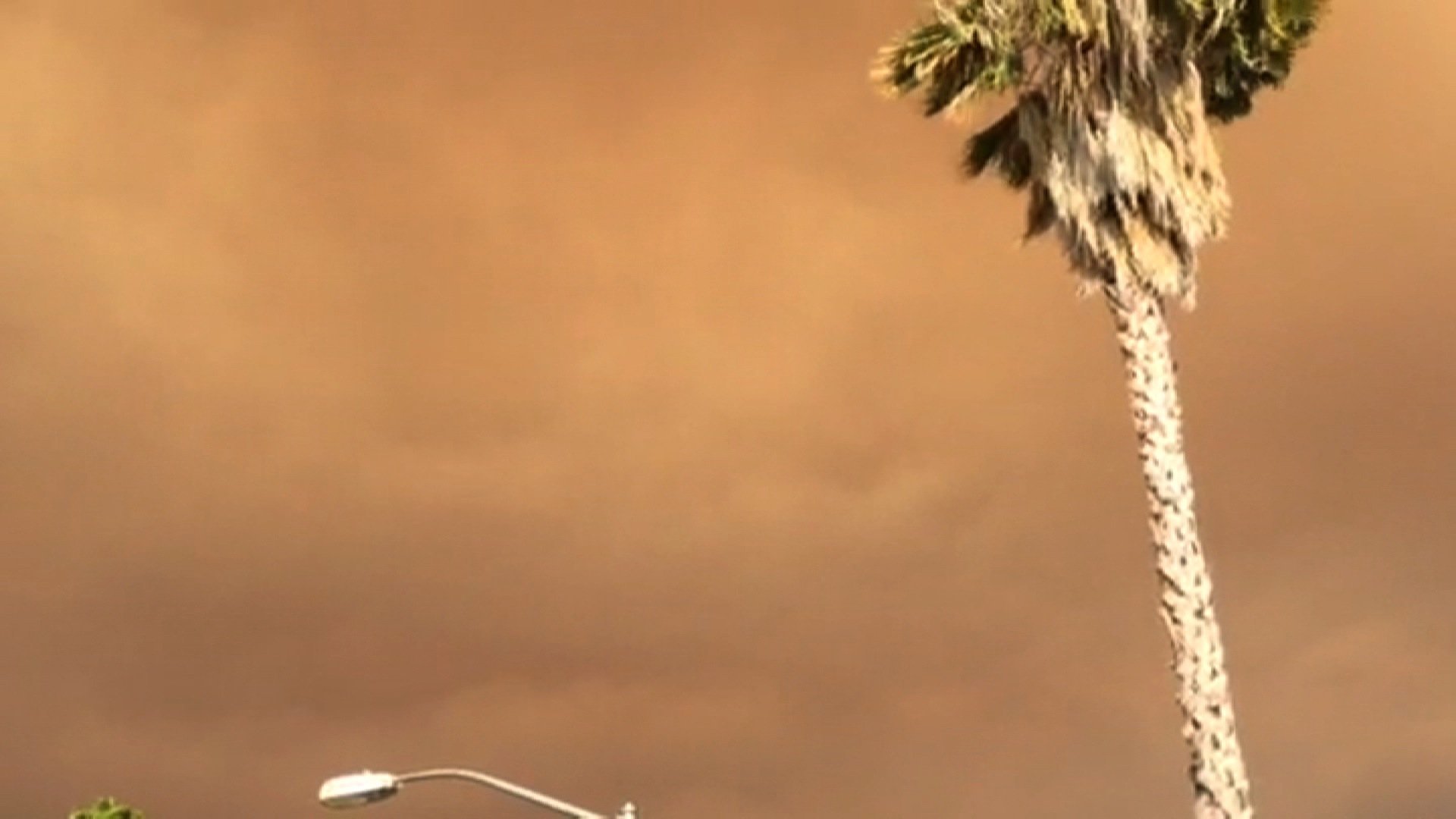 (CNN) — A man’s body was found in a burned-out car as a wildfire tore a path of destruction through forests and neighborhoods near Santa Clarita, California, 35 miles northwest of Los Angeles.

By Sunday morning the fire had swelled to 22,000 acres and burned 18 homes, Los Angeles County Fire Chief John Tripp said at a news conference. He said the fire was 18% contained.

Also lost to the fire was the Sable Ranch, where many movies and television shows were shot. Productions that used the ranch included “The A Team,” “Invisible Man” starring Chevy Chase, “Terror From Above” and “Robin Hood: Men in Tights,” according to the ranch website.

Hundreds of residents have been ordered to evacuate their homes. Some of the evacuation orders were to be lifted Sunday afternoon but because of an “unexpected wind event,” that plan was rescinded later Sunday, the fire department said on Twitter.

Towering columns of smoke could be seen from miles away, signposting the dangers of the so-called Sand Fire, named for the area’s Sand Canyon.

The wildfire broke out Friday afternoon and enveloped 11,000 acres by noon Saturday. As the flames swept closer to the city limits, ash rained down and red skies became the backdrop for hundreds of mandatory evacuations.

Firefighters discovered a man’s body in a compact sedan as they traveled along Santa Clarita’s Iron Canyon Road on Saturday night.

Detectives were trying to determine whether the man in the car, parked in the driveway of a home, was killed by the blaze or another cause. According to the Los Angeles County Sheriff’s Department, there is no indication his death was a criminal event.

Authorities said the identity of the man was still unknown and his body is with the Los Angeles County Coroner’s office.

Helicopters circled the blaze, dousing the flames with water.

Cal Fire helicopters flew back and forth between the ocean, where they collected water, and the Santa Clarita area, where they dumped the water on the fire lines.

On the ground, 900 firefighters battled the flames and the area’s rugged terrain, with its steep hillsides and treacherous ravines.

Fire crews attempted to dig lines to halt the fast-moving fire, but the mountainous area proved problematic, according to Nathan Judy, fire information officer with the Angeles National Forest.

The blaze has largely burned in unpopulated forest areas. But winds shifted, driving the flames toward hundreds of homes in the Sand Canyon neighborhood, Judy said.

The Santa Clarita area is under a “red flag warning” issued by the National Weather Service, meaning weather conditions and dry vegetation have combined for what the weather service calls “extreme fire danger and/or fire behavior.”

Another fire near Big Sur

As winds fanned the flames of the Santa Clarita blaze, another fire to the north had also grown to 2,000 acres, forcing residents there to flee.

Ellen Masten was one of the longtime residents who had to flee the Soberanes Fire along the California coast between Carmel and Big Sur.

“The first thing you think is, ‘What’s important?'” she said. “What should you take, what can’t you live without? You look around the house and you say, as much as you love those beautiful plates and those things on the wall, what’s really the most valuable thing? I grabbed all the pictures of the kids and then I took the paintings of my parents that had been done by a local artist.”

CNN’s Carma Hassan and Ralph Ellis contributed to this report