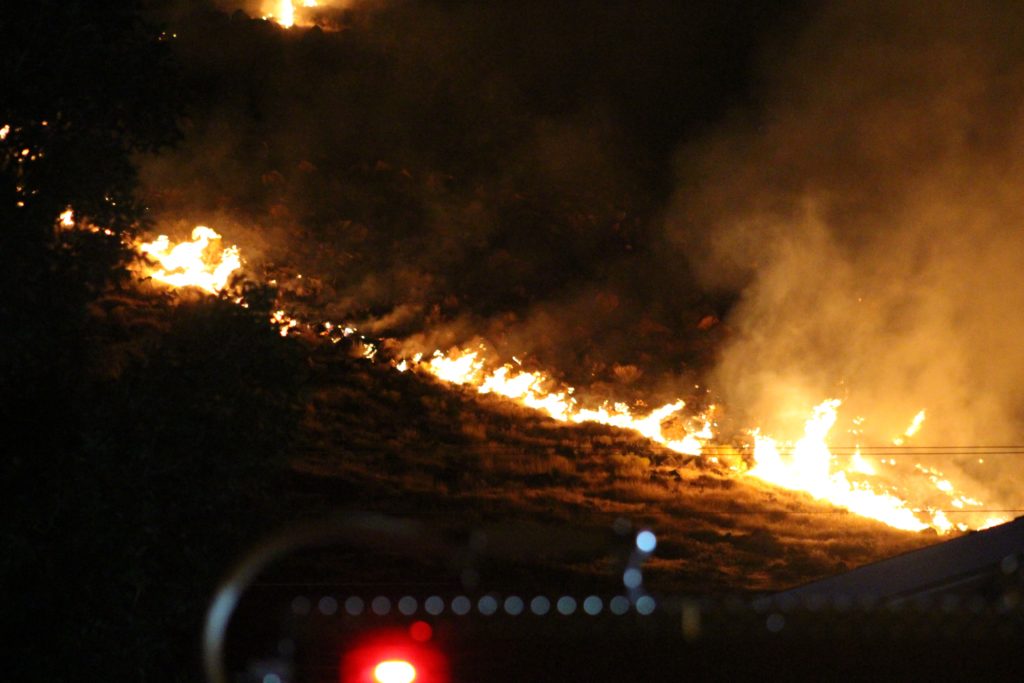 Crews responded to the blaze just after 1:30 a.m. in the area of 300 Donlee Drive, where some homes sat a few hundred feet from the flames.

No homes were evacuated and no serious injuries were reported.

Several witnesses at the scene said they saw fireworks being set off in the area, St. George News reported.

St. George Fire Chief Robert Stoker said there were no witnesses who saw someone lighting off fireworks.

“Right now we are looking at human cause,” Stoker told St. George News. “Whether it was from fireworks or some other type of ignition source.”

Read the full story on St. Gorge News at: http://www.stgeorgeutah.com/news/archive/2016/07/24/cgb-25-firemen-fight-roaring-fire-above-homes-on-black-hill/